"Coming here for the past two days is a way for me to share with women that they can do it," explained Cherissa Jackson. "If I can do it, they can do it as well."

Jackson is the chief medical executive of AMVETS and a retired Air Force nurse who served in Iraq and Afghanistan. She also has PTSD.

"I was doing a conference at West Point and one of the scholar's fathers came up to me and said, 'You don't look like someone with PTSD.'  And it kind of pissed me off. What does that mean? Is there supposed to be some sort of image?”

Advocates say the service of women has been unrecognized for generations. Hundreds of women flew newly-manufactured warplanes from factories to airbases during World War II.

"At the end of World War II, they were not recognized as having truly been part of the military," explained Phyllis Wilson. "It was a long fight before they were truly recognized for what they did in World War II." 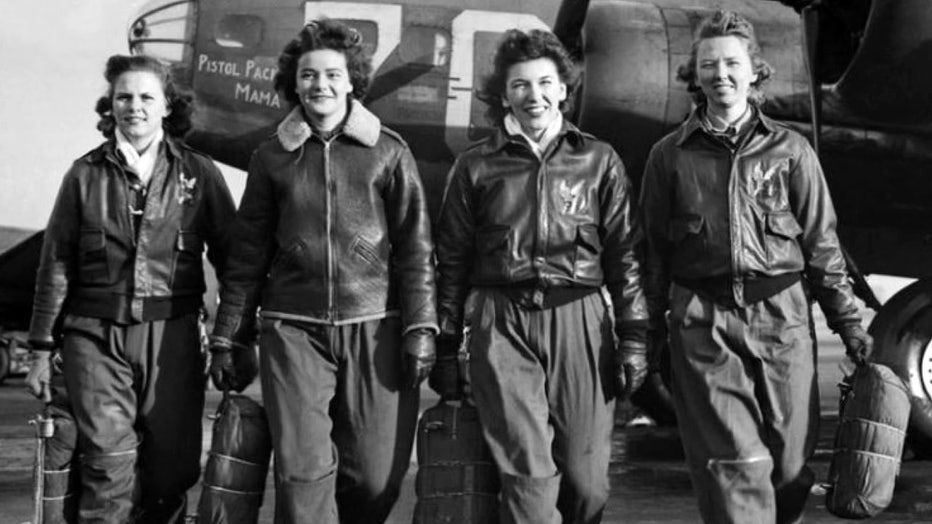 Women like these flew bombers from the factory in World War II, but it took decades for their service to be recognized.

Wilson is president of the Women in Military Service for America Memorial Foundation. They operate a memorial and museum at Arlington National Cemetery.

The memorial, like the women it memorializes, is often overlooked.

Fortunately, some women on active duty believe things have changed for the better.

"My peer group thinks it awesome," offered Captain Morgan Norton, who pilots a KC-135 refueling tanker based at Tampa's MacDill Air Force Base. "A lot of my friends are female pilots, so we stick together and have a good time."

The conference in Tampa was organized by Iris Green, a military spouse, and Trish Leto, a Navy veteran. They say the goal is to educate, empower and embrace each other.

They hope to grow a community of women with common interests in military issues.