TAMPA, Fla. - A 3-year-old who is battling cancer is getting a wig made from real hair, thanks to Locks of Love and Great Clips in South Tampa.

The source of the hair may be unconventional, but that doesn't matter to Trinity D'Autorio. A handful of fishermen have been growing their hair out for months and are cutting it all off so Trinity and other kids like her don't have to feel bare due to hair loss after chemotherapy treatments.

It was all laughter and smiles inside a Great Clips in South Tampa Tuesday night. You could hear the sound of clippers slicing off hundreds of thousands of strands of hair. Each will soon help make up a wig, which serves as a special layer of normality for girls like 3-year-old Trinity. 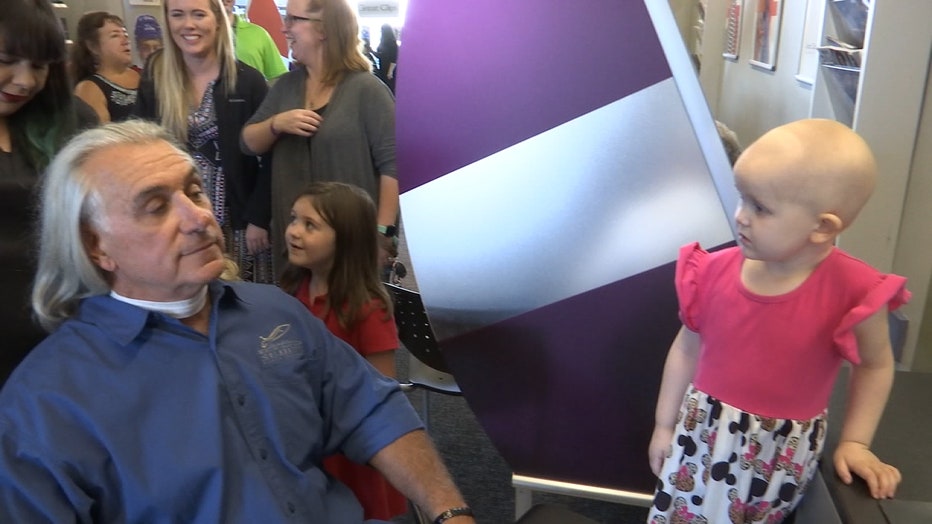 "Trinity went to her dad the other day and said that she misses her hair," Trinity's mom, Skyla D'Autorio, said.

Trinity was diagnosed with neuroblastoma at just 2 years old and forced to undergo chemo, which meant losing her hair.

"That's just another reminder that your kid is sick and that there's nothing you can do about it. So I think when people are willing to donate their hair like this, it kind of gives you that warmed-hearted feeling," D'Autorio said.

Fishing captain Terry Russo, along with two other captains and two of his first mates, have been growing their hair out since last year.

"It's a good feeling. It just feels good," Russo said. 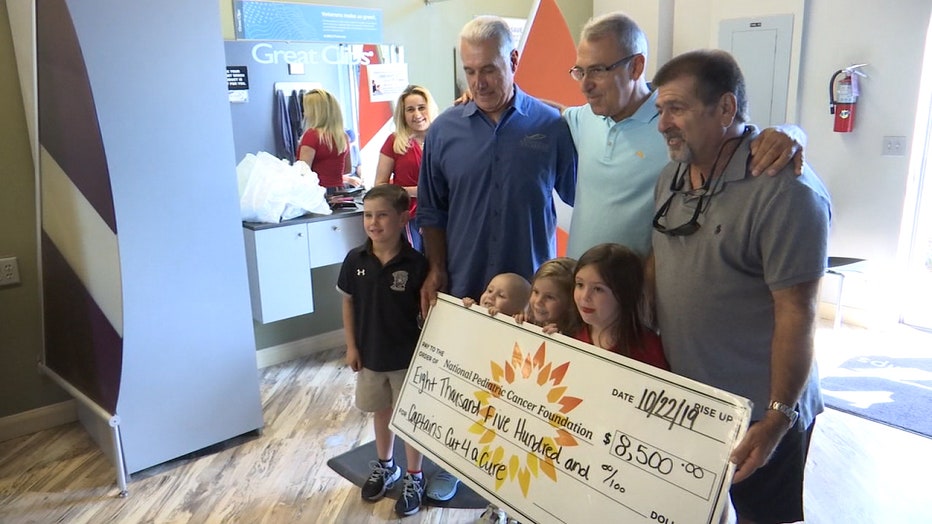 Along the way, they've been collecting donations, raising a total of $8,500 for the National Pediatric Cancer Foundation.

Free haircuts for people donating their hair is something Great Clips manager Suzanne Smith has been doing for years.

"It's hard because you understand what they are kind of going through even though you're not going through it but because of the industry that we're in. To have all your hair gone all of the sudden as a little girl it's even harder because they want to do pigtails," Smith said.

Pigtails are something Trinity is still managing to do just not on herself, but instead on people like boating captain Derek Thomas, who was one of the five donating his hair.

The hair collected will go toward making as many as four or five wigs for young children battling cancer.

If you would like to donate your hair, typically minimum requirements usually range from anywhere from 8 to 14 inches. 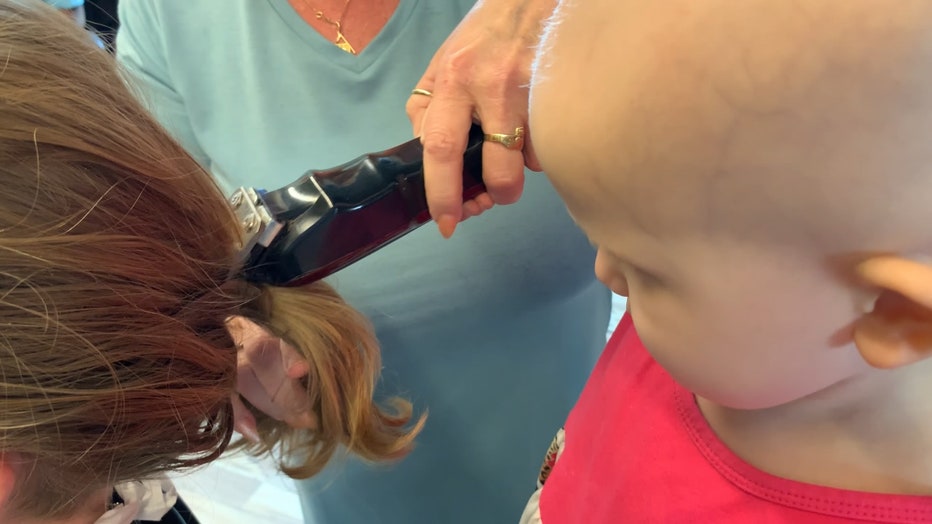