Amberjack appear to be most active and concentrated past 140 feet of water, but you can find them a little shallower too. However, deeper you go the bigger they get, says Captain Dylan Hubbard of Hubbard's Marina.

Red tide is still seen in our area. We are still seeing it mostly along the coast lines and around the mouth of Tampa Bay. However, it remains in super low concentrations to medium levels. Look for that incoming tide which typically brings better water from the offshore area.

Keep an eye on the forecasts and reports via this link if you are interested.

The OZONIX Mobile Water Treatment Unit, contained on a tractor-trailer, has been deployed previously for various types of wastewater treatment and is now being tested for Florida red tide mitigation.

Mangrove snapper action has really been great inshore this past week. We are seeing mangrove snapper all over the inshore bridges, docks, piers, jetties and seawalls. They are loving that little slower, but still moving, tide. Also, small pieces of shrimp or white bait working well on smaller hooks and lighter tackle like a number one and around 15-20lb floro. You can even chum a bit to get them extra excited at the start or tail end of a current. There’s tons of glass minnows and smaller bait around now which is what they are feeding on primarily so smaller bait is key.

Sheepshead action has picked up this past week and will only continue to improve as our cold fronts become more and more frequent and strong. The cooler waters bring these guys out from the back bays to our local structures like docks, bridges, seawalls and jetties. They will cruise areas looking for fiddler crabs or shrimp and using around a 1ot hook and 20lb floro with minimal weight is a great option for these great eating fish. 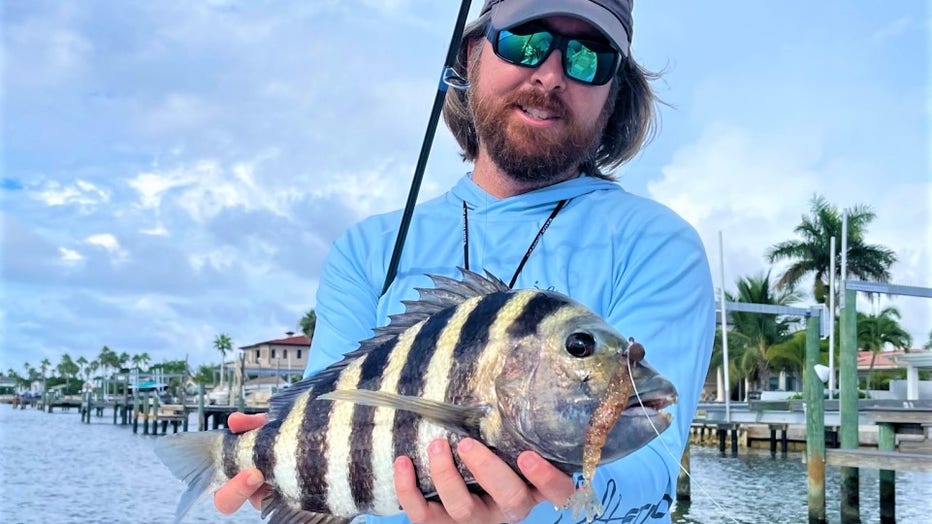 Snook action has been great this past week around our area. However, you have to find those areas of clearer waters unaffected by the red tide. For example, inside John’s Pass we will see huge numbers of snook that should be feeding well but they will either be moving or just simply not feeding when that water is a bit darker and noticeably impacted from the red tide presence. When that water clears and the right tidal range is occurring, it’s like a light switch gets flipped and they go nuts. 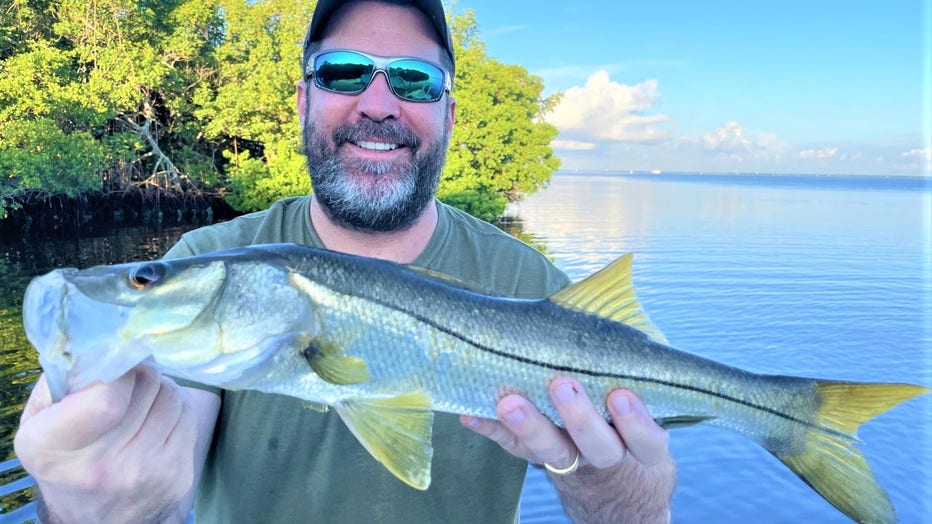 Further back in the bay, where there’s clearer waters consistently, we are seeing a more steady and expected snook bite. The big ones are still super lazy in the daytime feeding most actively at night and around those shaded areas, deeper areas, or where current is moving more and they can find a little hiding spot to ambush passing baits.

Redfish bites have been going well this past week. Like the snook, they are feeding best through the night and into the early mornings and around dusk too. However, during the day if you find schools of mullet, likely there will be some actively feeding redfish following them, eating up any spooked crustaceans or small bait fish. We are seeing those soft plastic paddle tails in white working best with a small jig head depending on the depth you fish. 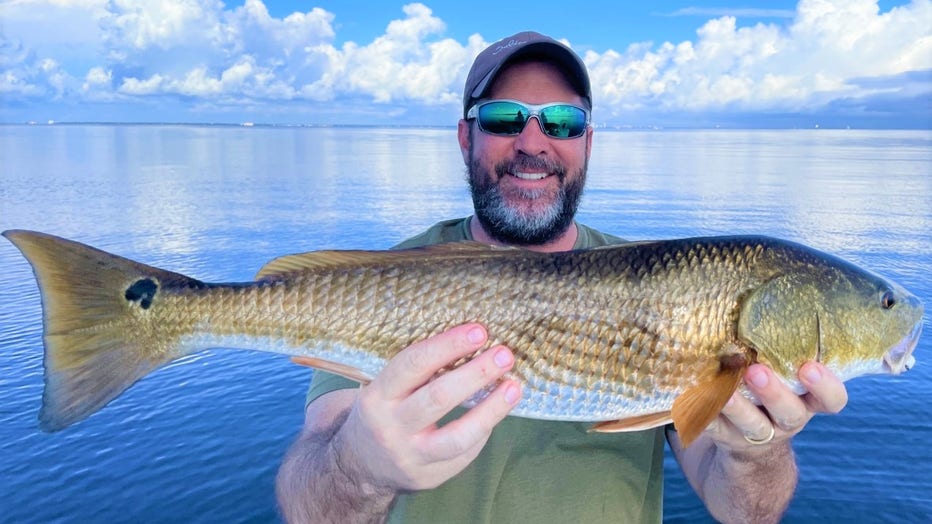 Tripletail are biting well around the area too. We are seeing these guys around virtually any floating debris even near shore too. Markers and buoys of Tampa Bay and the intercoastal are holding triple tail too. The ‘power prawn,’ the ‘DOA Shrimp’ or even a live shrimp has been the hot baits to sight cast these great eating prehistoric looking fish. Remember, they have to be 18 inches to keep now so they really take a big one in order to harvest them but it’s still tons of fun on lighter tackle when your sight fishing these guys passing that floating buoy or debris. 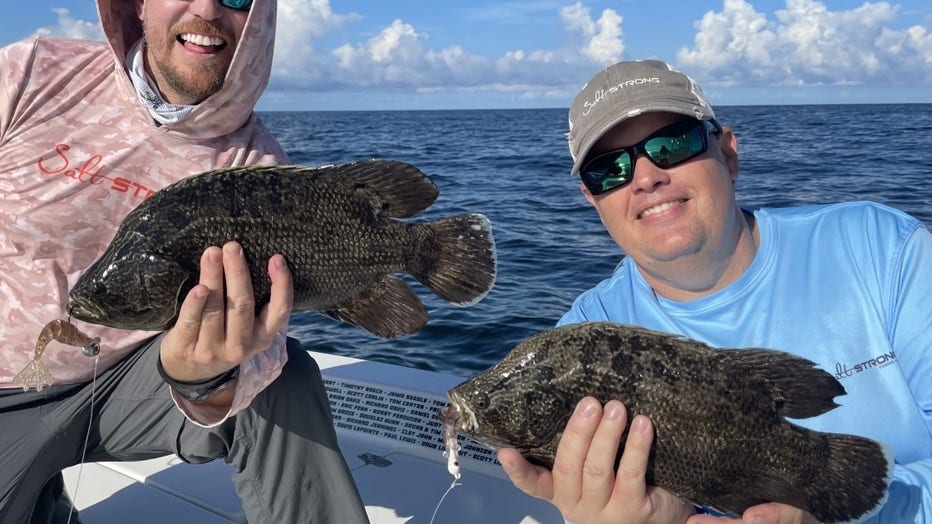 Mackerel are super thick around the bay and around the beaches right now. There are acres of bait around the bay especially around the bridges and flats and that’s attracting plentiful mackerel feeding well on virtually anything you throw at these areas that’s super flashy and fast moving.

Trout have still been biting well around those deeper flats and edges and inside cuts of those more shallow grass flats too. They are looking for those slower moving soft plastics and the overcast days plenty of top water action too. They will also stack up on dock lights and bridge lights at night around moving water where bait is plentiful.

Tarpon are still around the area and feeding well around the local bridges and mouths of passes and the bay when the tide is running well, flushing plentiful bait out of the area to where they are most actively feeding. Look for them on those big outbound tides ready to ambush passing mullet, ladyfish, crabs or larger white bait like threadfins.

Hogfish action is going better and better near shore as of late. This past week we had some trips where a half dozen keeper hogfish were caught. We’re hoping to see this number continually grow especially with the cold fronts starting up.

As the water cools this time of year, that will bring the hogfish back to the ledges. Concentrations of them will make it them easier to target and catch via hook and line. They love those live shrimp and lighter tackle approaches. Here’s a great video to help you prepare for the upcoming hogfish push. 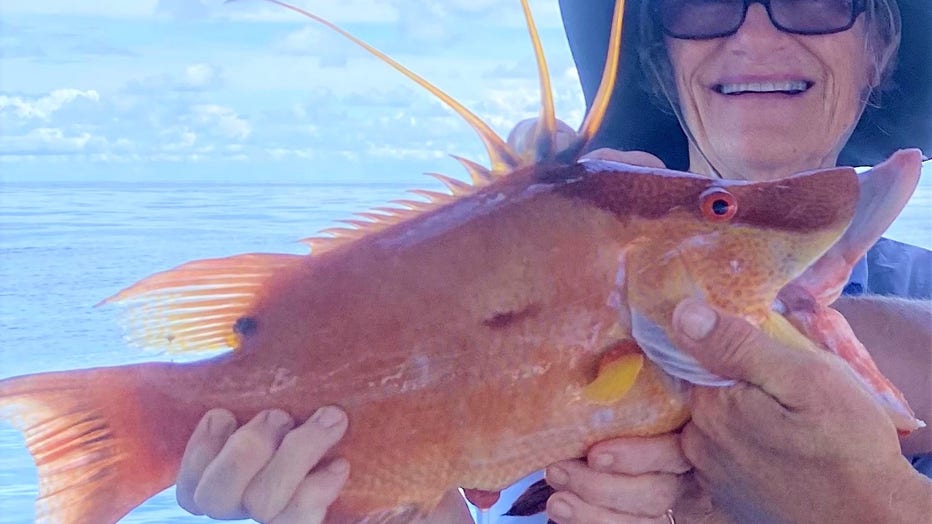 Mangrove snapper are really prolific near shore right now and we are doing well catching them using lighter tackle and smaller chunks of threadfin or sardine on that double snell rig. Also, using live shrimp and the mangrove snapper techniques outline above are great ways to target those mangrove snapper too. 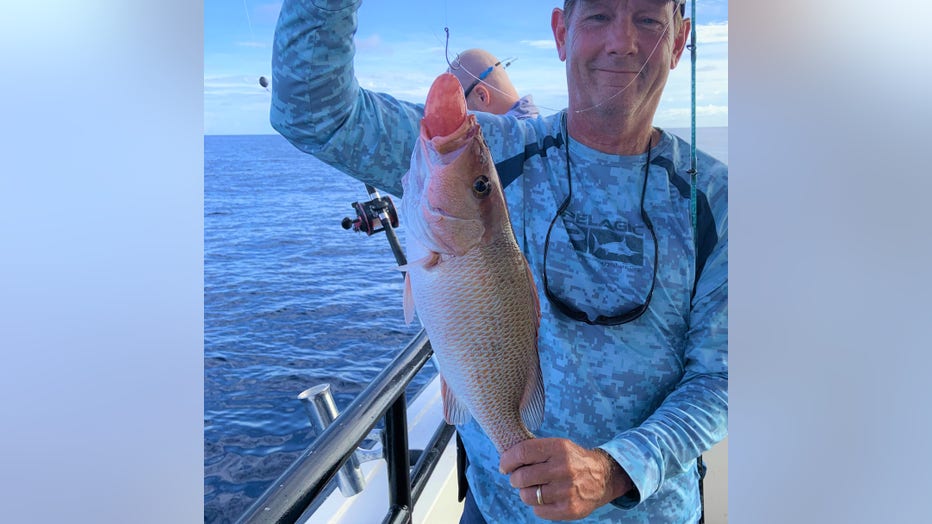 Lane snapper, like the mangroves, are super prolific and are even biting better around the near shore waters. We can see them using squid, shrimp or the threadfins and they are much less leader-shy compared to the mangrove snapper. So, we tend to catch them most often near shore. Look for good lane snapper concentrations starting around 60-80 feet of water.

Mackerel are thick near shore right now feeding well on those big concentrations of bait that are hanging around the beaches, buoys and big structures near shore. We are seeing them trolling out on our longer trips and the half day by trolling planners with spoons.

Mangrove snapper are coming up well offshore, beyond 100 feet of water, on those cut threadfin chunks or smaller pinfish. Unfortunately, getting live bait out there with red tide persisting in the area has been extremely challenging but some are having good luck. The most common way to target them is with that double snell set up with around 5-6 ot hooks and about 40-50lbb test.

Amberjack are biting better this past week for us out in the deepest offshore waters. We are seeing them on the jigs, with big live baits, and occasionally even trolling too. They are most active and concentrated past 140 feet of water, but you can find them a little shallower too. However, deeper you go the bigger they get.

Scamp grouper are really becoming a targeted species with them coming up on strips of squid, threadfin, small diamond jigs and smaller to medium pinfish. We see them around those ledges, peaks, springs and wrecks out in deeper waters but most commonly on the ledges were hunting the gag grouper on. 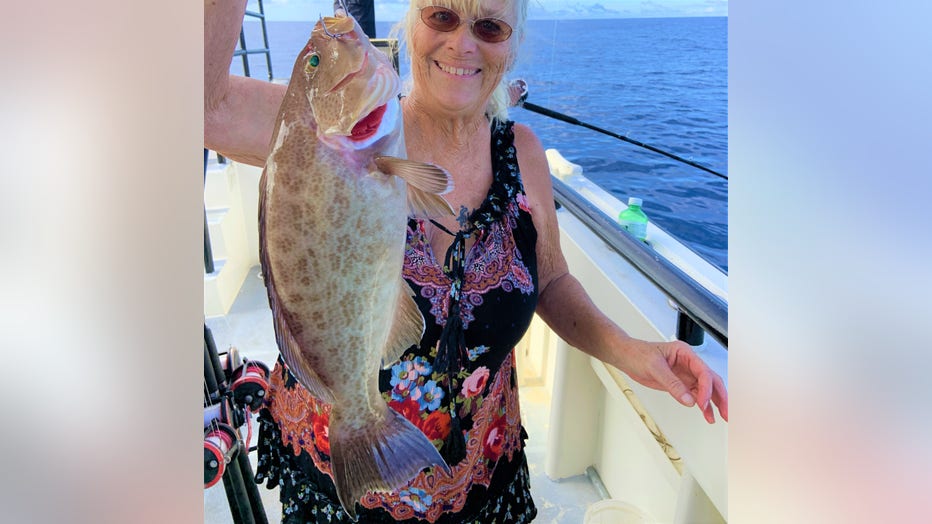 Gag grouper are tougher to hone in on lately around our area. You can find them, yes, but finding big concentrations is difficult. Up to our north, they are seeing higher concentrations than normal.

Wahoo are definitely around offshore right now and we’re seeing plenty of them caught as of late. We are seeing them mostly on the Nomad lures or the rapla xrap magnums. They love those fast-moving plugs or the Nomad Mad Macs that are similar to the yozuri bonita lures but they seem to dive deeper and cruise straighter.

Kingfish are around offshore too. We are seeing them trolling, on the flat lines and occasionally while vertical jigging and that should improve as water temperatures get right. However, we are seeing the tuna action pick up really well for us around the offshore waters with tuna coming up the same ways the kingfish are but they just seem more aggressive and prolific right now!