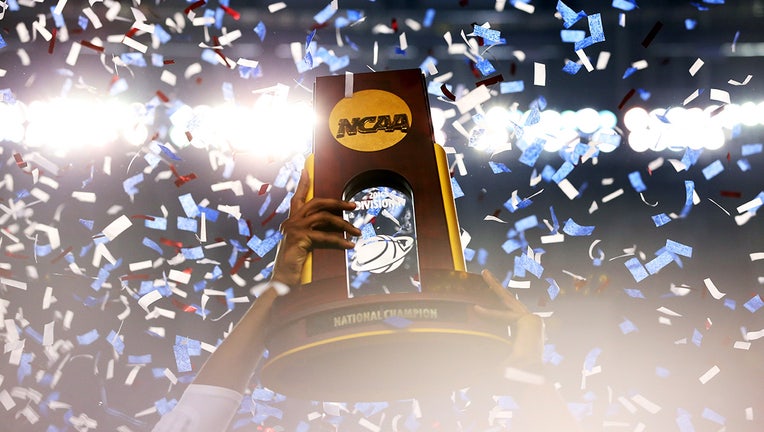 TALLAHASSEE, Fla. - House Speaker Jose Oliva offered support Tuesday to lawmakers who want Florida’s college athletes to be able to cash in on their names and images, as three influential House committees prepare to jointly discuss the issue next week.

Appearing on a Tallahassee radio show, Oliva, R-Miami Lakes, said “some sort of reform” is needed to the college athletics system, which has “basically become pro sports.”

Oliva, in part, compared college football players, who cannot be paid, to other athletes, such as swimmers, who can make money if they go to the Olympics.

“The discussion we're having in Florida is about treating all student athletes the same and making sure that we are not restricting one group of athletes because they're more valuable and their activity is more valuable than another,” Oliva said during a 16-minute interview on the Preston Scott show on WFLA radio. “I don't think that any conservative would be in support of that.”

Following a law signed last year in California, four bills have been filed for Florida’s 2020 legislative session that would allow college athletes to make money off their names and images. The 60-day session will begin Jan. 14.

Oliva said the NCAA has brought the potential changes on itself.

“College sports began as if you went to that school, and you were good at this sport, you could play and you know, people would come in paneled station wagon and have picnics and watch the football game and that was it,” Oliva said. “And now it's basically become pro sports. It is of a magnitude that is tremendous. So those rains brought these floods is what I would say. They've kind of brought it on themselves by really becoming semi-pro sports.”

The House Judiciary, Commerce and Education committees are scheduled to jointly meet Monday, a day before the legislative session begins, for a workshop that will focus on compensation for Florida college athletes.

Student athletes wouldn’t be paid by the schools or for performance under the proposals.

All of the Florida bills would allow college athletes to be paid for use of their names, images or likenesses.

The bills by Bracy and McGhee also seek creation of a task force to review state and federal laws and regulations by the NCAA and other organizations about compensation for college athletes.

Bracy, who played basketball at the College of William & Mary, would like to include revenue-sharing in the discussions, potentially establishing a trust fund that would pay college athletes when they are done playing.

Reacting to California, Florida and other states, the NCAA Board of Governors in October directed the three collegiate sports divisions to consider updates to bylaws and policies no later than January 2021.

The NCAA directive maintains that pay for on-field play would not be permitted, that athletes would not become university employees and that arranged payments couldn’t be used for recruiting.

NCAA President Mark Emmert said that action would ensure college athletes continue to “compete against students and not professionals.”