What to do if your flight is canceled?

Travel expert Brian Kelly says flight cancellations are consistently happening. He shares tips on tracking your flight and what to do if it is canceled?

Travel headaches continued Saturday morning after two days of mass flight cancellations: As of 9 p.m. Eastern Saturday, 636 U.S. flights were canceled and more than 5,900 were delayed, according to FlightAware.

It's the third day of major disruptions. On Thursday, thunderstorms on the East Coast grounded planes and caused about 1,200 flight cancellations, 4.6% of all those scheduled. More than 1,600 flights were scrapped Friday.

The three major airports in the New York City area and Reagan National Airport outside Washington, D.C., recorded the most cancellations.

American Airlines scrubbed about 250 flights, or 7% of its schedule on Thursday. Republic Airways, which operates smaller planes for American Eagle, Delta Connection and United Express, canceled a similar number, about 25% of its flights.

Travelers have been hit with widespread cancellations and delays this summer. Travel bounced back faster than expected — to about 88% of pre-pandemic levels in July — and airlines weren’t able to increase staffing fast enough. They have been cutting back on schedules in an attempt to make remaining flights more reliable.

Delays have been more persistent — above 23% in both June and July. 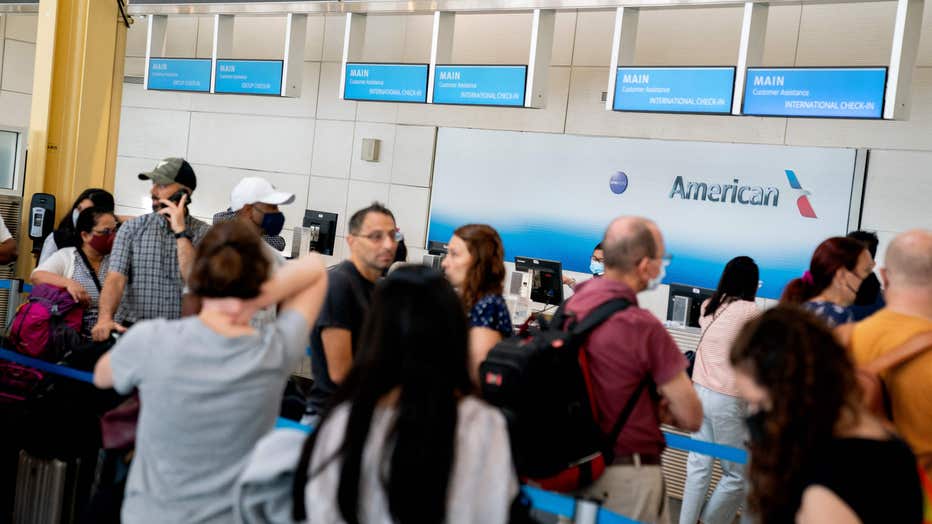 The U.S. Transportation Department is proposing to require airlines to offer passengers a refund if their flight schedule is changed significantly or the airline makes major changes to their itinerary.

The proposed rule announced Wednesday would require airlines to give refunds if their departure or arrival time changes by three hours or more for a domestic flight or at least six hours for an international one.

The proposal comes after the department was flooded with complaints by passengers whose flights were canceled or changed — or who were afraid to fly during the early months of the pandemic — and who couldn't get refunds.

Refunds would also be due if the airline changes the passenger’s departure or arrival airport, adds stops in their itinerary, or causes "a significant downgrade" in the travel experience by switching to a different type of plane.

The rule would apply even for travelers who buy nonrefundable tickets, which usually cost less and are favored by many leisure travelers.