During the summer surge last July, nearly all the patients being treated at Sarasota Memorial Hospital were over 65. Now, the patients filling up the ICU are younger. Doctors say the difference is the vaccine. Most seniors got it the second they could and are surviving this latest wave.

TALLAHASSEE, Fla. - Florida on Thursday reported slightly more than 17,000 new COVID-19 cases, according to data posted Friday by the federal Centers for Disease Control and Prevention. The state says there were 110,477 cases reported in the last 7 days. The state reported 108 deaths in the last 7 days, with 75 deaths reported just Thursday.

The 17,093 total marked the second straight day that the state exceeded 17,000 cases. It reported 17,589 cases on Wednesday, the highest total since January and among the highest daily case counts during the pandemic, according to CDC data. 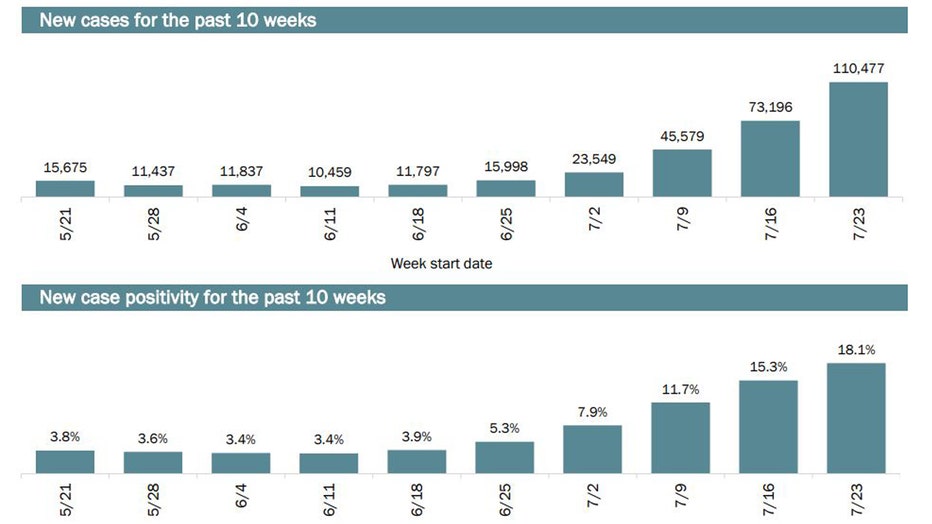 Florida continued to account for about one in five COVID-19 infections in the nation. The state also accounted for 20% of the 370 COVID-19 deaths reported Thursday across the U.S.

The surge in cases has come as the highly transmissible delta variant of the coronavirus has spread across Florida and the country.

The number of hospitalizations for COVID-19 increased by 422, with 9,329 people in care in the state on Friday, July 30, according to the Florida Hospital Association.

Gov. Ron DeSantis on Friday contended that the surge is part of a "seasonal" wave that is happening in Sun Belt states and said it would soon subside. Agriculture Commissioner Nikki Fried, during a briefing held at the Capitol, countered that the rising case counts show that the state is headed in a "troubling direction."

Fried is seeking the Democratic nomination to run against DeSantis in 2022. 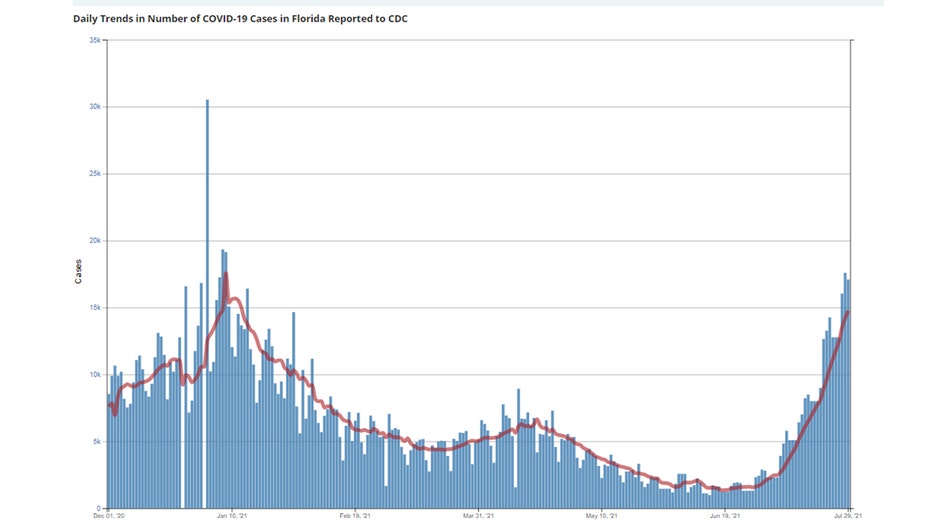