ARCADIA, Fla. - Florida's beekeeping industry is getting a boost from a charity that is aiming to provide nourishment to hives that were hobbled by Hurricane Ian.

"They are just like my family," said Joe Studier, the owner of Studier Apiaries. "And every beekeeper will tell you the same thing."

Half of his 2,000 bee colonies in Arcadia were swamped by one of the most damaging storms to ever hit Florida.

"The first thing that went through my mind was am I going to be able to survive all of this?" he said. 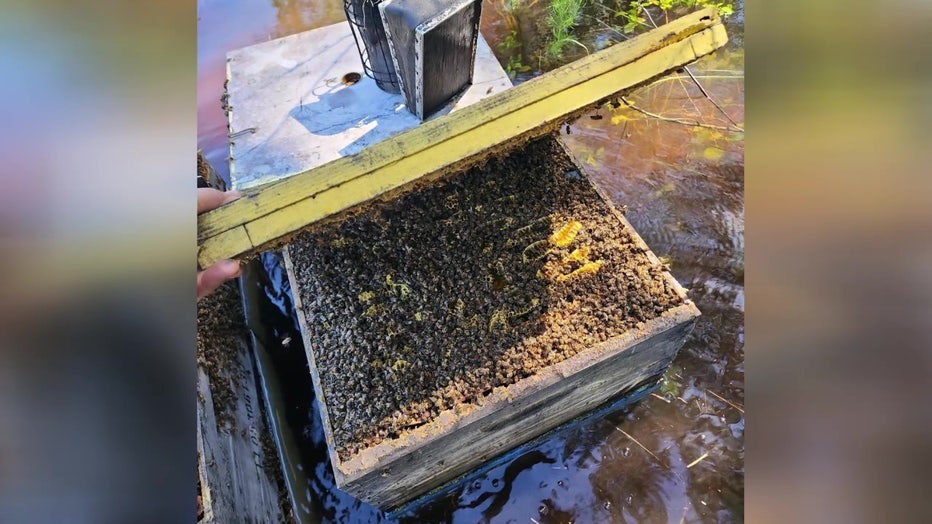 He said he has lost out on potentially hundreds of thousands of dollars, both in sales of honey and in pollination contracts his bees would ordinarily fulfill in California. Studier is one of hundreds trying to recoup some of the $93 million the bee business brings to Florida.

Beekeepers descended on Winter Haven Friday, picking up barrels of pollen substitute and syrup to rejuvenate their hives.

Greater Good Charities has done two similar events across Florida since Hurricane Ian hit. They are distributing enough nourishment to last beekeepers for the next month, but they do hope to have a more permanent program in place soon. 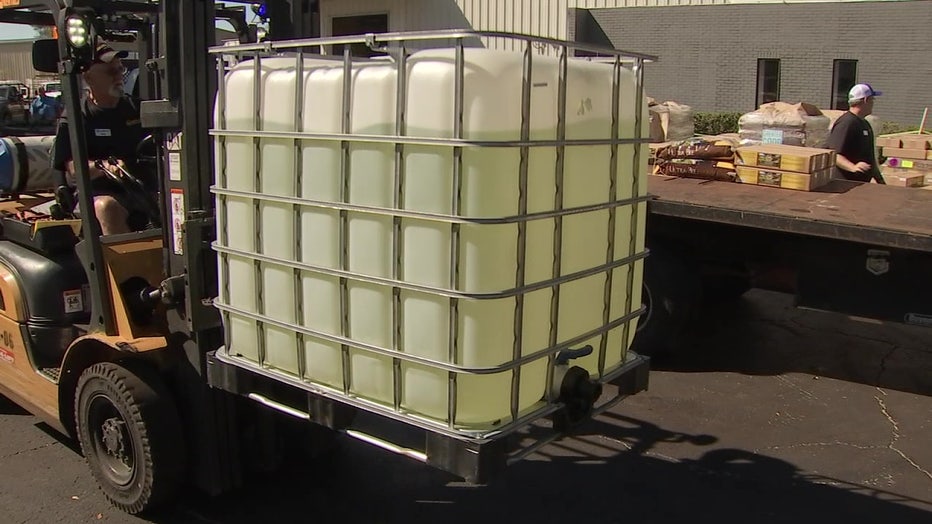 It's critical, because Florida has 1.6 billion bees in need of saving. More than half of the state's 700,000 colonies were likely hit by Ian's wrath.

"We have 300,000 lbs [of nourishment], which sounds like a lot of material," said Mendes, "but it goes real quick because beehives eat quite a bit."

The bee business has never been easy, but now, it's been battered.

"I have boys of my own that are third beekeeper generation," said Studier, "so we are going to keep going, but this is a pretty good hit."