CLEARWATER, Fla. - Anna Paulina Luna went before a judge Friday to ask for a stalking injunction against political rival William Braddock, who she says plotted to kill her and left her fearing for her life. The candidates are in a heated battle for the 13th Congressional seat vacated by Charlie Crist, who is running for governor.

In a secretly recorded conversation between Braddock and Erin Olszewski, a conservative activist, who also filed a restraining order against Braddock, he can be heard saying, "Don't get caught publicly supporting Luna because Luna is going to go down."

In the 30-minute taped call, recently released by the St. Petersburg Police Department, Braddock says he has a Russian and Ukrainian hit squad ready to take out Luna. 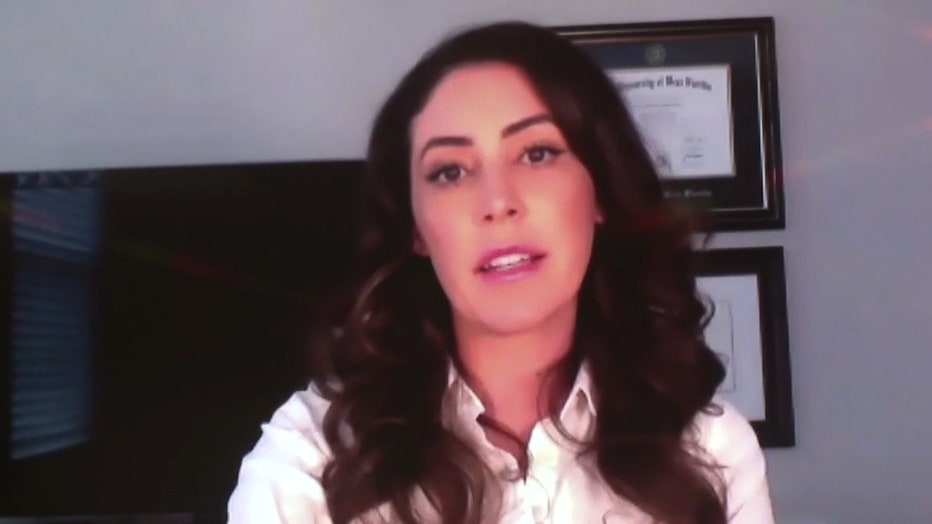 He said, "I call up my Russian Ukraine hit squad and in 24 hours they send me pictures of her disappearing."

But first, he says he wants to wait for opposition research.

Anna Paulina Luna's case against William Braddock supposedly involves a secretly recorded call in which she claims the fellow Republican threatened to contact his "Russian-Ukrainian hit squad" to make her "disappear."

"My polling people are going to charge me $20,000 to do a poll right before the primary and if the poll says Luna is going to win, she's going to be gone she's going to disappear and you cannot tell anybody that. For the good of our country we have to sacrifice the few," Braddock stated.

Braddock also suggested he was also working with two political rivals on the hit job, but St. Petersburg police looked into all of the allegations and found no probable cause to arrest anyone.

However, the legal mess isn't over for Braddock. A Pinellas judge granted Luna and Olszewski a temporary injunction against him, but they want it to be permanent.

They are set to square off in court in September.