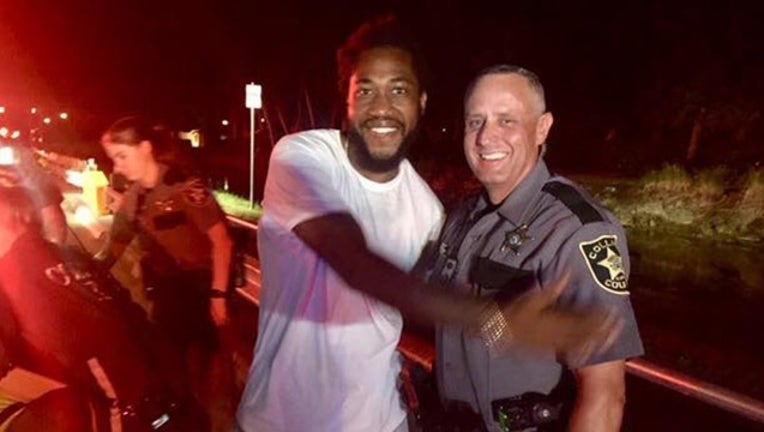 NAPLES, Fla. - Officials say a Florida deputy who pulled over a car for speeding ended up delivering a baby instead of writing a ticket.

The Collier County Sheriff’s Office posted on its Facebook page that Deputy Robert Pounds helped deliver the baby girl on the side of a Naples road early Tuesday morning.

Authorities say Pounds spotted a car doing 63 mph in a 45 mph zone and initiated a traffic stop. He approached the car, and the driver told him that his wife was in labor. As the baby’s head crowned, Pounds called for an ambulance and grabbed a blanket from his patrol vehicle.

The ambulance arrived minutes after the birth, and rescue workers cut the umbilical cord. The mother and newborn appeared to be in good health and were taken to a nearby hospital.