Saturday marks exactly five years since Hurricane Irma made landfall in Florida as a category 4 hurricane with winds up to 130 mph. September 10 is also considered the peak for hurricane season and state officials are using the anniversary to reflect and remind Floridians just how important it is to be prepared.

On September 10, 2017, Hurricane Irma slammed into Florida making landfall on Cudjoe Key at 9:10 a.m. It remains the third-strongest Atlantic hurricane at landfall ever recorded behind Hurricane Dorian in 2019 and the 1935 Labor Day Hurricane.

"It was also the costliest storm to hit the state of Florida which is why, under Ron DeSantis's leadership, the division has prioritized distributing critical disaster recovery funding to support long-term recovery efforts," Florida Division of Emergency Management Director Kevin Guthrie said.

Ahead of the 5th anniversary, Guthrie and his team came together to talk about the aftermath. When you crunch the numbers Hurricane Irma is the fifth-costliest hurricane to hit the mainland of the United States with an estimated $50 billion in damages. So far, the state has paid out $7.6 billion in recovery funding, including a $7 million check paid out to an agency just this week.

The storm forced more than 6 million people to evacuate causing significant traffic congestion and fuel issues across the state. It's why the state is launching its new campaign "Halfway Full is Halfway There". 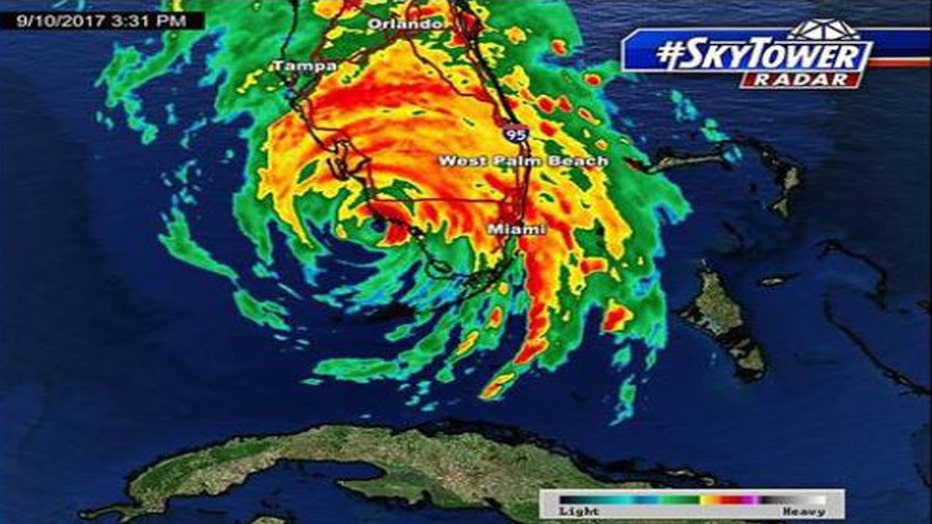 Satellite image of Hurricane Irma in 2017.

"Residents should keep their vehicle tanks or charge their electric vehicles at least half-full during a hurricane season to ensure they have enough fuel or battery life to evacuate as soon as that is possible after the order is given," Guthrie said.

As Guthrie explains, residents don’t have to evacuate hundreds of miles because of Florida's upgraded infrastructure, so half a tank is enough. Guthrie recommends using the extra time you're not spending waiting at the pump to prepare.

First, know if you're in an evacuation zone and know if your home is strong enough to shelter during a hurricane. As for supplies flashlights, batteries, a weather radio, a first-aid kit as well as cash, food and a two-week supply of medication are among the essentials.