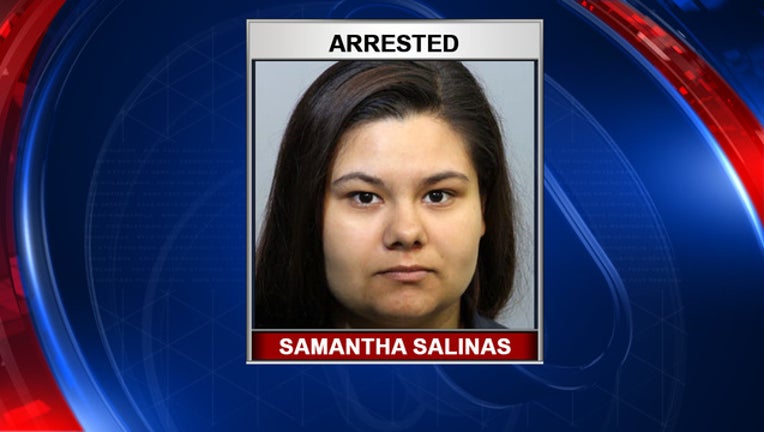 SANFORD, Fla. (AP) - A judge ordered a 19-year-old mother in Florida to serve two months in jail for making a video in which she pretended to smother her 7-month-old son and sending it to the baby's father.

The Orlando Sentinel reports that Samantha Nicole Salinas was sentenced Wednesday. She pleaded no contest in September to felony child abuse charges, and could have faced up to five years in prison.

The father received the video last year, along with a note that said, "Good luck finding your son's body."

Police say Salinas confessed to police in May, adding that she pretended to smother the boy because the father wasn't paying child support. In the video, the child was crying and appeared to be distressed.

The child is now with the father's mother.