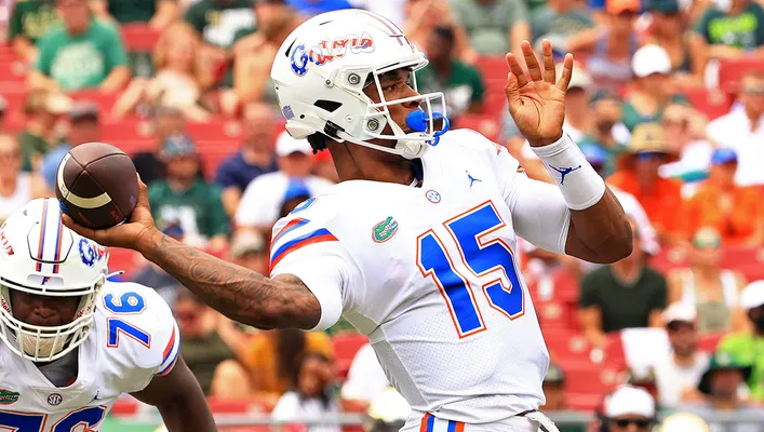 GAINESVILLE, Fla. - Florida quarterback Anthony Richardson will drop the nickname "AR-15" over the recent mass shootings across the U.S. and will work with his representatives to rebrand, he wrote on his website.

Richardson went by "AR-15" because of the initials in his name and the number he wears on the football field. He changed his number from the 2020 season to the 2021 season. He was No. 2 during his first year with Florida and last year he was No. 15.

"After discussions with my family and much thought, I have decided to no longer use the nickname ‘AR-15’ and the current apparel line logo, which features a scope reticle, as part of my branding. While a nickname is only a nickname and ‘AR-15’ was simply a representation of my initials combined with my jersey number, it is important to me that my name and brand are no longer associated with the assault rifle that has been used in mass shootings, which I do not condone in any way or form," he wrote on the site. 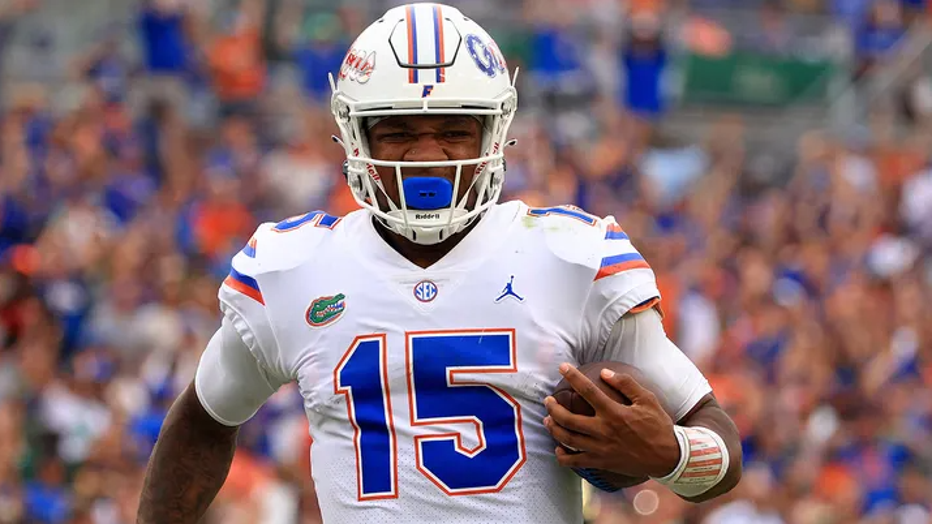 Anthony Richardson, #15 of the Florida Gators, rushes for a fourth quarter touchdown during a game against the South Florida Bulls at Raymond James Stadium on September 11, 2021 in Tampa, Florida. (Mike Ehrmann/Getty Images)

RELATED: Video from inside Uvalde school shows officers milling around hallway during massacre

"My representatives and I are currently working on rebranding, which includes the creation of a new logo and transitioning to simply using ‘AR’ and my name, Anthony Richardson."

Florida will be entering the 2022 season under new head coach Billy Napier.

Richardson is not a shoo-in to begin the year as the starting quarterback. Richardson is competing with Ohio State transfer Jack Miller for the job.