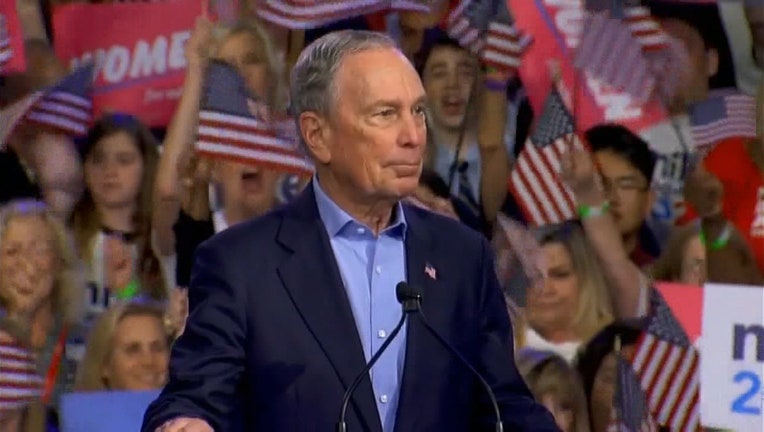 TALLAHASSEE, Fla. - Florida authorities on Wednesday closed a criminal investigation into fund-raising efforts by former New York City Mayor Michael Bloomberg to pay off the outstanding fines of thousands of the state’s felons seeking to reclaim their voting rights, finding no violations of election law.

"After a review of the data, no donations from Bloomberg were identified nor were any violations of Florida election laws found," said a two-page summary released by the Florida Department of Law Enforcement.

Bloomberg last year earmarked $100 million in Florida to help defeat then-President Donald Trump. In addition, investigators said, the billionaire Democrat and former presidential candidate raised more than $16 million to help pay off the legal debts of felons so they could vote in the election.

At the time, Florida Attorney General Ashley Moody sent letters to the state Department of Law Enforcement and the FBI saying further investigation was warranted. Gov. Ron DeSantis had asked Moody, both Republicans, to review whether Bloomberg and the Florida Rights Restoration Coalition had violated the law by offering incentives for voting.

Under a Florida ballot measure called Amendment 4, which Florida voters passed overwhelmingly in 2018, felons who had completed their sentences could have voting rights restored. But the measure subsequently became mired in court battles over what it meant to complete a criminal sentence.

A federal appellate court in Atlanta last year sided with DeSantis when it ruled that a completed sentence not only meant time served but also required that fines and fees associated with a person’s sentence be satisfied.

To restore voting rights, groups sought to pay the outstanding debts of hundreds of thousands of the state’s 1.4 million felons.

"This investigation was an example of how politics can be inserted into something that’s good and distract us from the important work of helping people," said Neil Volz, deputy director of the Florida Rights Restoration Coalition. "We didn’t let it distract us, and as a result, a record number of returning citizens turned out and voted in our state."

Since 2019, the group has raised some $28 million toward the effort and paid off the fines and fees of 44,000 released felons.

Volz said Bloomberg did not give the coalition any money nor did he have any direct involvement in it.

A spokesperson for Bloomberg did not have any immediate comment when contacted by The Associated Press.

State authorities launched its preliminary investigation last September at the request of the state attorney general, who the FDLE said alleged that the Florida Rights Restoration Coalition received funds for the purpose of paying the outstanding fees and court costs of Florida felons.

But after its review, the department of law enforcement concluded its findings did not justify that it continue the investigation.

The news of the development was first reported by POLITICO.

During the course of its initial investigation, the agency said it attempted to determine if there was any misconduct by the FRCC in its interactions with the convicts the group sought to help, with particular focus on whether the group tried to influence how they would vote. "FRRC did not give guidance as to what particular political party or candidate to vote for," the agency said.