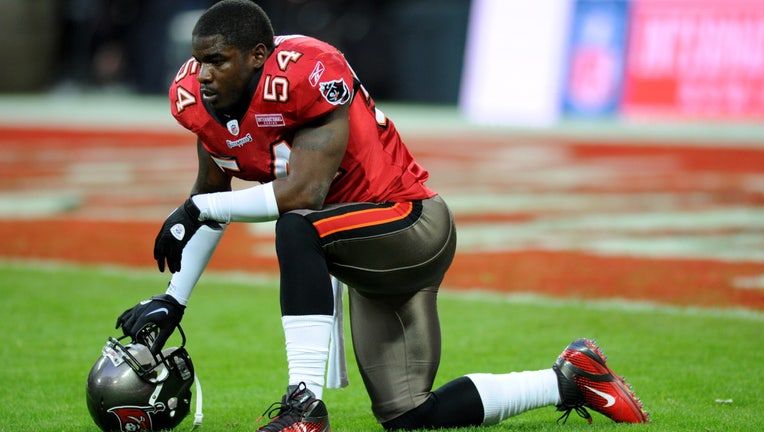 The 33-year-old, who was a linebacker at FSU before joining the Bucs in 2008, told ESPN that he was diagnosed with chronic liver disease two years ago, and had been hospitalized more than 20 times in the past year.

He says he has been placed on a waiting list for a liver transplant at the Mayo Clinic and Northwestern Medicine.

Hayes said he believes his use of over-the-counter NSAID (non-steroidal anti-inflammatory drugs) pain medications and a family history of liver disease caused his condition.

"The first diagnosis they gave me was alcoholic cirrhosis," Hayes told ESPN reporter Jenna Laine. "But when we dug in deeper, it became just chronic liver disease, because I don't drink like that. If I did drink, it was just like wine or something like that. But my body is made different. And that's what [my doctor] said -- 'Everybody's made different.'"

The former linebacker said he took the medications during his football career because he thought it was safer than Toradol shots, and said he never took more than the dosage directed on the bottle.

RELATED: Tom Brady expects to be ready for minicamp after knee surgery

After three seasons at FSU, Hayes was the Bucs' 6th round draft pick in 2008, and stayed with the team until 2011. He then played with the Chicago Bears and Jacksonville Jaguars until 2014. According to the Tallahassee Democrat, Hayes played in 101 career NFL games.

Hayes and his wife Shevelle have two children, ages 8 and 13.