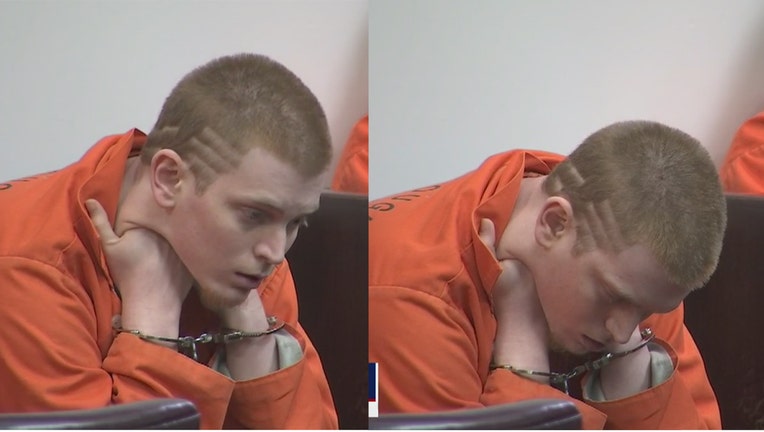 Psychiatrist Dr. Michael Maher, who evaluated Devin Arthurs, says an involuntary reflex causes the murder defendant to choke himself to the point of unconsciousness.

TAMPA, Fla. - Devin Arthurs' appearance in court Tuesday morning was anything but ordinary. Everyone in the courtroom, including the judge, got a first-hand look at Arthurs appearing to choke himself to the point of near unconsciousness.

"He squeezes his blood vessels to the point of unconsciousness," explained Dr. Maher.

Defendant ‘involuntarily’ chokes himself in court

Arthurs' attorney wants his client back at a Florida state hospital for treatment, but a judge will make the final call.

Hillsborough County Public Defender Mike Peacock said every doctor who has evaluated Arthurs has found him incompetent to stand trial.

Arthurs once shared neo-Nazi beliefs with his two roommates, but when he began practicing Islam, things turned violent. Police say Arthurs reported his roommates made fun of his new Muslim beliefs -- so he killed them both.

The bodies were discovered by Arthurs' third roommate, Brandon Russell, who also found himself in trouble after detectives discovered he was making homemade bombs in the garage and other bomb-making materials. 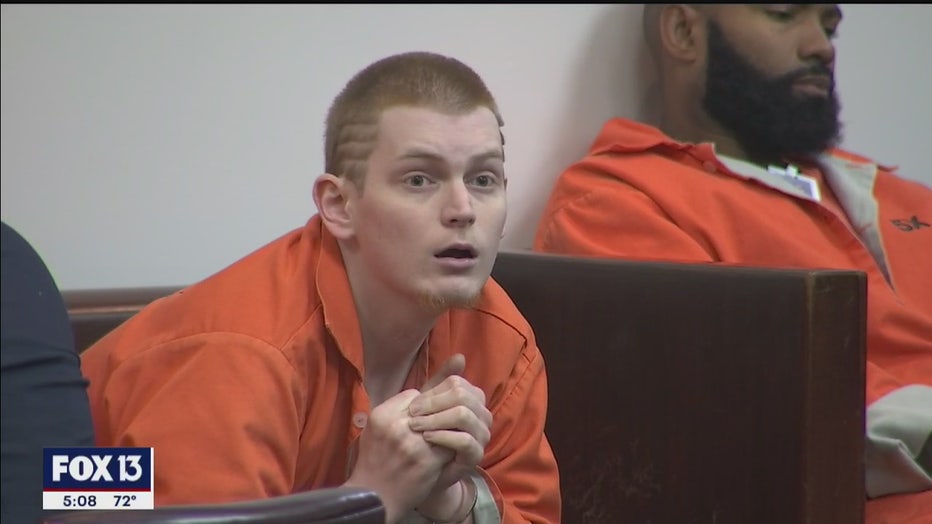 Russell, who was the leader of a neo-Nazi movement online, had a hit list that included synagogues in the Tampa area and other state landmarks. Russell is now serving a five-year federal prison sentence.

As for Arthurs, he told detectives after the murders, he was 'sick in the head' and needed mental health treatment.

Now, this latest display in front of the judge could keep him away from a jury and back in a hospital bed. The judge is expected to make a decision on Arthurs' competency in the next few weeks.