NEW PORT RICHEY, Fla. - After his sentence was handed down, the judge allowed Kyle Ritsema to hug his mother. It will be the last time he is allowed to do so in the next 35 years.

Before being sentenced, Ritsema told the judge, "I don't know why I did this. Prosecutors make me sound like a monster. I was broken and trying to fix myself."

Federal prosecutor Francis Murray told the judge Tuesday that Ritsema is a "super predator" who corrupted young minds in order to feed his libido.

In February 2018, Kyle Ritsema – who was the assistant principal of Cypress Creek Middle-High School at the time -- was arrested. Authorities said Ritsema and co-defendant William Napolitano, who worked as a bus manager for the Pasco County School District, were sharing explicit images of children engaged in sex acts. 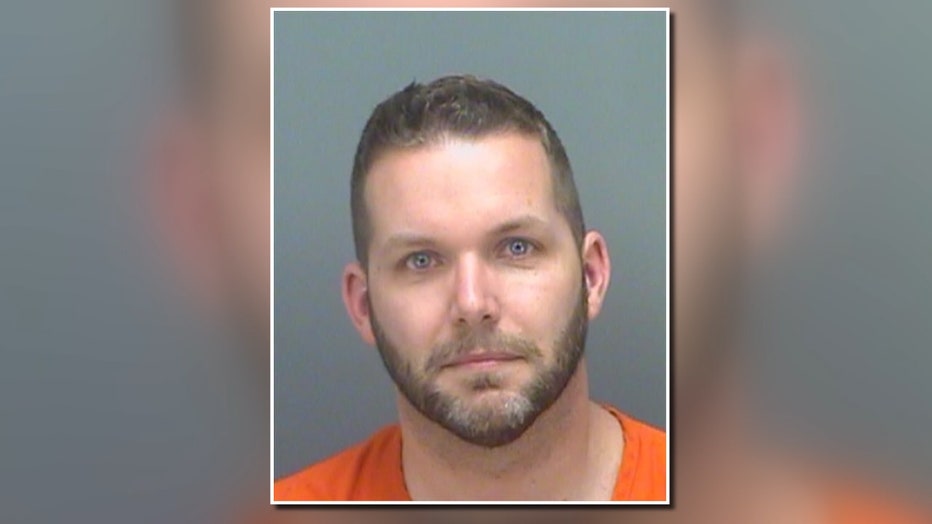 During the federal investigation of Napolitano, Ritsema came into the fold. Ritsema traded photos of a minor victim - a former student - with whom he was engaging in a sexual relationship.

Between November 2014 until his arrest in February 2018, authorities said Ritsema lured a 14-year-old boy through the app called Grindr. They said he knew the boy was a minor, but had sex with the child at least five times. At one time, officials said Ritsema took explicit photos of the child.  On that day, Ritsema shared details of the sexual encounter and shared the photos with other individuals. In December 2018, he pleaded guilty.

"I believe he is remorseful. I believe he expressed remorse. It's difficult sometimes when you try to express yourself. It doesn't always come out the way you want it to come out," said Ritsema's attorney, Bjorn Brunvard.

Ritsema faced up to 80 years in federal prison. While Brunvard thought 35 years sentence was stiff, he focused on the hug.

"The humanity of allowing his mother to give him a hug was absolutely wonderful and I wish I would see that more often" he offered.