Floridians encouraged to ditch fertilizer for the manatees

It’s been an especially tough year for manatees in Florida, massive algae blooms on Florida’s east coast killed off vast amounts of sea grass causing many of our gentle giants to starve to death. That's just one reason Floridians are being told to stop using fertilizer and grow native plants instead.

ORLANDO, Fla. - SeaWorld Orlando transferred four manatee calves to an Ohio aquarium for rehabilitation, freeing space to treat more of the threatened sea mammals that have been dying in Florida at an alarming rate.

SeaWorld said DHL Express transported the manatees from its rescue and rehabilitation center to the Columbus Zoo and Aquarium on Saturday. DHL donated its services, including the flight. 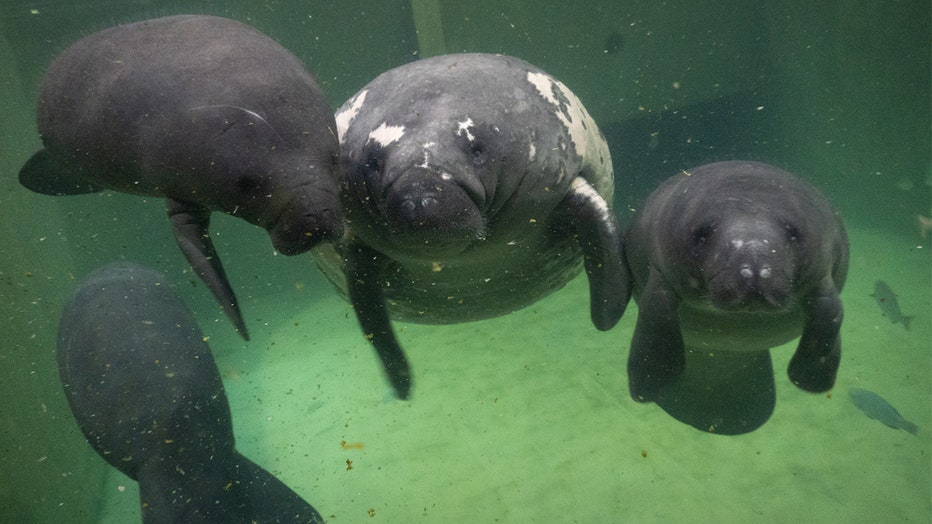 SeaWorld said it has been getting a record number of manatees needing treatment at its center, one of only five critical care facilities for manatees in the U.S. More than 1,000 manatees died in Florida during 2021, mostly from starvation. Water pollution from agricultural, urban, and other sources has triggered algae blooms that have decimated seagrass beds on which manatees depend.

"This transport was necessary to make additional room for rescued manatees in need of emergency critical care," SeaWorld said in a statement. "The animals will receive care until they gain enough weight to return to Florida waters when conditions are favorable." 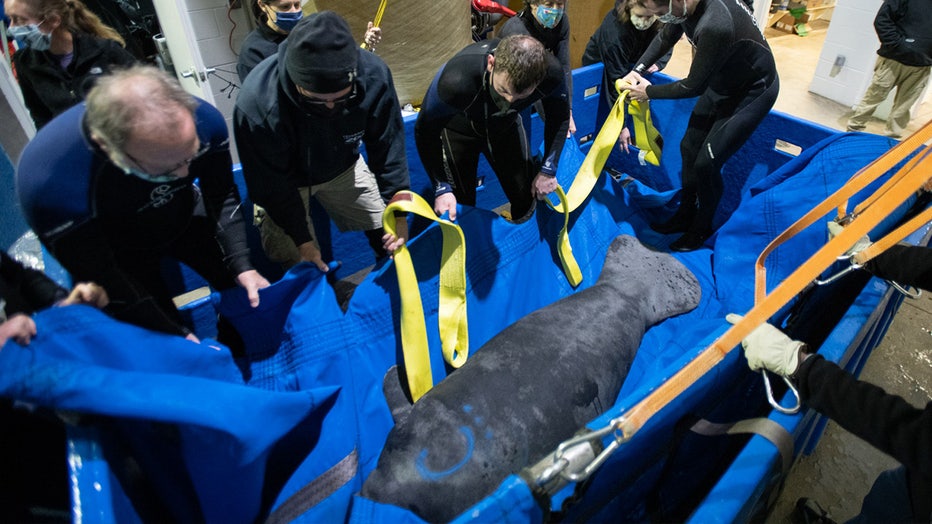 DHL transported the manatees in custom-built containers and they were monitored throughout the flight by a Columbus Zoo veterinarian. Its aquarium is one of two facilities outside of Florida that treats manatees. 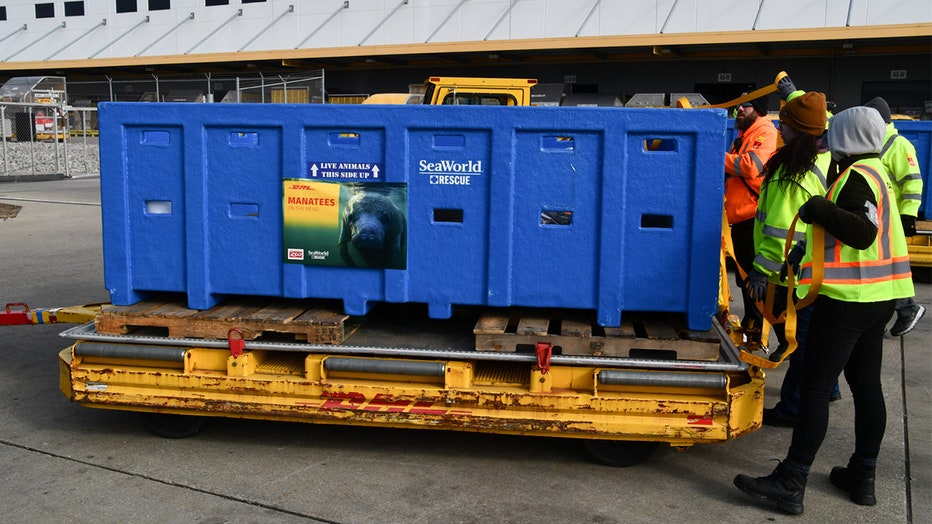 Meanwhile, an unprecedented, experimental attempt to feed manatees facing starvation in Florida has started slowly, but wildlife officials expressed optimism that it will work as cold weather drives the marine mammals toward warmer waters.

A feeding station established along the state’s east coast has yet to entice wild manatees with romaine lettuce even though the animals will eat it in captivity, officials said last week.

Tarpon, manatees, and rays from SkyFOX

SkyFOX flew over the warm waters of TECO's Big Bend power plant Friday, looking for chilly manatees. But what we found were a giant school of large tarpon also hanging out, along with a few eagle rays.

Water pollution from agricultural, urban and other sources has triggered algae blooms that have decimated seagrass beds on which manatees depend, leading to a record 1,101 manatee deaths largely from starvation in 2021. The typical five-year average is about 625 deaths.

RELATED: ’Pollution is pollution’: How to reduce amount of algae-thriving nutrients in Bay Area waterways

That brought about the lettuce feeding program, part of a joint manatee death response group led by the Florida Fish and Wildlife Conservation Commission and the U.S. Fish and Wildlife Service. It remains a violation of state and federal law for people to feed manatees on their own.

During winter months, hundreds of manatees tend to congregate in warmer waters from natural springs and power plant discharges. Because this winter has been unusually mild in Florida so far, the animals have been more dispersed.

In addition to the feeding experiment, officials are working with a number of facilities to rehabilitate distressed manatees that are found alive. These include Florida zoos, the SeaWorld theme park and marine aquariums. There were 159 rescued manatees in 2021, some of which require lengthy care and some that have been returned to the wild, officials said.

There is a minimum of 7,520 manatees in Florida waters currently, according to state statistics. The slow-moving, round-tailed mammals have rebounded enough to list them as a threatened species rather than endangered, although a push is on to restore the endangered tag given the starvation deaths.