A feeding station established along the state’s east coast has yet to entice wild manatees with romaine lettuce even though the animals will eat it in captivity, officials said on a news conference held remotely.

Water pollution from agricultural, urban and other sources has triggered algae blooms that have decimated seagrass beds on which manatees depend, leading to a record 1,101 manatee deaths largely from starvation in 2021. The typical five-year average is about 625 deaths.

That brought about the lettuce feeding program, part of a joint manatee death response group led by the Florida Fish and Wildlife Conservation Commission and the U.S. Fish and Wildlife Service. It remains a violation of state and federal law for people to feed manatees on their own.

"We have not documented animals foraging on the lettuce," said Ron Mezich, chief of the joint effort’s provisioning branch. "We know manatees will eat lettuce." 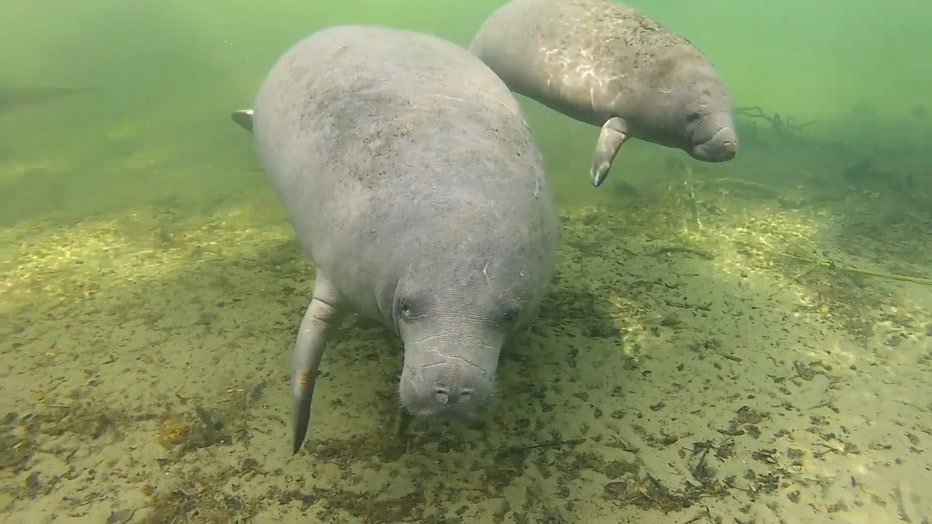 During winter months, hundreds of manatees tend to congregate in warmer waters from natural springs and power plant discharges. Because this winter has been unusually mild in Florida so far, the animals have been more dispersed.

"They’re moving, but they are not being pressed by cold temperatures yet," said Tom Reinert, south regional director for the FWC. "We expect that to happen."

In addition to the feeding experiment, officials are working with a number of facilities to rehabilitate distressed manatees that are found alive. These include Florida zoos, the SeaWorld theme park and marine aquariums. There were 159 rescued manatees in 2021, some of which require lengthy care and some that have been returned to the wild, officials said.

"Our facilities are at or near capacity," said Andy Garrett, chief of rescue and recovery. "These animals need long-term care. It’s been a huge amount of work to date."

There are a minimum of 7,520 manatees in Florida waters currently, according to state statistics. The slow-moving, round-tailed mammals have rebounded enough to list them as a threatened species rather than endangered, although a push is on to restore the endangered tag given the starvation deaths.

Officials are also using $8 million in state money on several projects aimed at restoring manatee habitat and planting new seagrass beds, but that is a slow process and won’t ultimately solve the problem until the polluted waters are improved.

People can report any manatee they see that might be distressed by calling a wildlife hotline at 888-404-FWCC (3922). Other ways to help are donating money through a state-sponsored fund or purchasing a Save the Manatee vehicle license plate.

That’s better than feeding manatees personally, which does more harm than good because the animals will associate humans with food, according to officials. People and manatees have struggled to coexist for decades.

"This is a very serious situation," Reinert said. "Use your dollars and not heads of lettuce."