TAMPA, Fla. - The violence unfolding in Afghanistan is hitting close to home for veterans. Many of them spent years of their life dedicated to fighting for their country only to now see all their hard work in jeopardy of being wiped out.

The violence erupting more than 7,000 miles away in Afghanistan is striking a chord with veterans here at home.

Rosone is a veteran and PTSD survivor who served in a combat zone in Iraq for three and a half years. He worked as a human intelligence collector for the U.S. Air Force where he identified insurgent groups and interrogated terrorists.

"We knew ultimately that this was a very real possibility of happening," Rosone said.

RELATED: Taliban seizes Afghanistan: What happened and what could come next

As Rosone explains, many hoped the hard work would hold tight and have long-lasting positive effects on the people and the country of Afghanistan.

"We thought after decades of training and mentoring with the Afghan army and building them up and providing them with the equipment and necessary tools of the trade, that it may have held on a little longer," Rosone continued.

RELATED: Taliban plan to declare Islamic Emirate of Afghanistan from the presidential palace 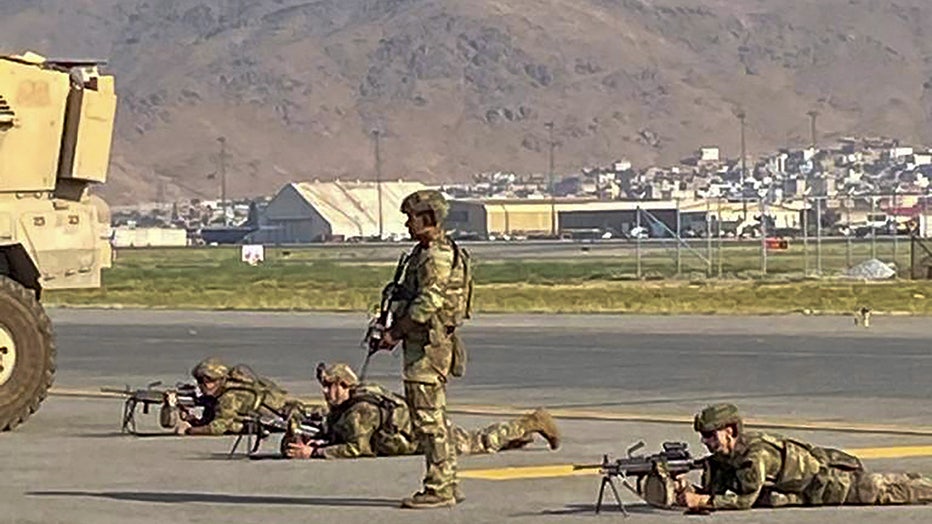 U.S. soldiers take up their positions as they secure the airport in Kabul on August 16, 2021, after a stunningly swift end to Afghanistan's 20-year war, as thousands of people mobbed the city's airport trying to flee the group's feared hardline brand

In April, President Biden addressed the nation, saying U.S. troops would start withdrawing from Iraq and Afghanistan on May 1 and be complete by September 11.

"I'm now the fourth United States president to preside over an American troop presence in Afghanistan. Two Republicans. Two Democrats. I will not pass this on to the fifth," President Biden said.

The timing of the withdrawal is particularly concerning for Rosone considering the summer months are the peak of fighting season.

"They should have withdrawn in the late winter, early spring before the fighting season had started, or some time in the late fall or early winter. It would have given them several more months to prepare and get ready for what's going to happen," Rosone said.

RELATED: Biden: 5,000 troops will deploy to Afghanistan to ensure 'orderly and safe' drawdown

Going forward, it's hard to say what could happen. Rosone says at this point anything is possible.

"We did our jobs. We fought with honor, and you know we just have to accept that what happened is happening," Rosone added.

Sarah Verardo is the chief executive officer of the Independence Fund, a national non-profit serving the needs of catastrophically wounded veterans and their families through various programs.

In an interview with Fox News, Verardo said the organization has been fielding a flood of calls from military troop leaders, veterans, and spouses who say they are feeling angry, isolated, and demoralized as they watch the latest developments unfold in Afghanistan.