NORTH PORT, Fla. - North Port police and Gabby Petito's family say her fiance, Brian Laundrie, who is being called a person of interest in her disappearance, continues to stay silent and is not cooperating in the investigation.

"We share the frustration with the world," said Chief Todd Garrison during Thursday's press conference. "Two people went on a trip, and one person returned. That person who returned isn’t providing information."

The chief even took to social media, asking the attorney for Brian Laundrie for help in "arranging a conversation" with his client.

"My primary mission is to find Gabby," Chief Garrison explained during a FOX & Friends interview on Thursday morning. "I want to raise enough awareness to where everybody in this country knows about Gabby Petito and hopefully that will lead us to her."

He went on to say that the only information they received from Laundrie's attorney was a statement that "there will be no further statements made." 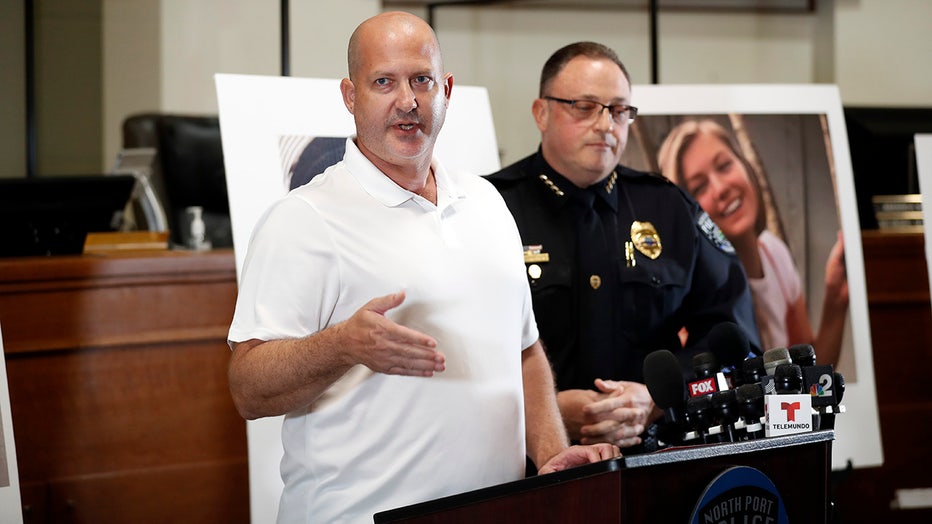 Joe Petito pleas for help during a news conference to help finding his missing daughter Gabby Petito while City of North Port Chief of Police Todd Garrison stands with him at the podium. (Photo by Octavio Jones/Getty Images)

Gabby's father, Joseph, continues to make a plea to the public and Laundrie's family in helping to track down his daughter's whereabouts.

On August 12, Gabby Petito and Brian Laundrie were pulled over by Utah police. In body camera video, an emotional encounter plays out as they describe their argument from earlier in the day that almost led to a domestic violent charge. Police eventually decided not to cite Gabby.

Earlier Thursday, police in Utah released surveillance video following an incident between Gabby and Brian. Chief Garrison said investigators have taken a look at it.

"Yes, they had a disturbance. Yes, it was captured on body camera, their interaction with law enforcement. Beyond that, I don’t know what it has to do with the disappearance," he said. "It’s not uncommon that people have disagreements in relationships. I don’t know if that altercation had anything to do with that disappearance at all."

Tuesday night, Fox News obtained a report that police in Utah were called to an an incident involving Brian Laundrie and Gabby Petito roughly two weeks before she was last seen and a month before she was officially reported missing.

The couple's cross-country road trip started in June 2021. In the body camera video, Gabby tells police she quit her job as a nutritionist to create a blog and travel. The couple were providing updates on their trip through social media.

On September 1, Brian returned to his family's North Port home – where Gabby was also living – without her. He traveled back with the camper van they were traveling in, but Chief Garrison said it's unclear when he began the journey back and if Gabby was with him during that trek. 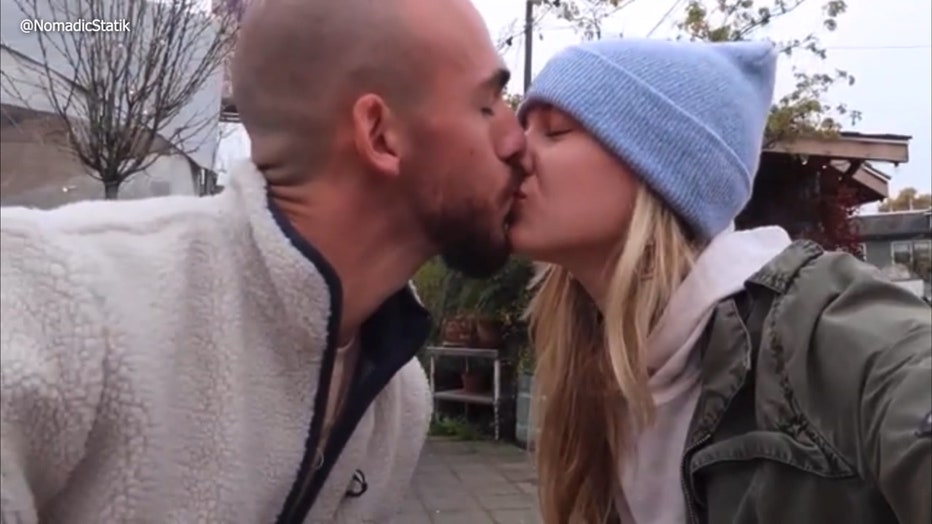 Chief Garrison said investigators are still going through the data and social media companies have been cooperating.

"We’re using all the technology available," he said. "The FBI and other local partners are working diligently around the clock on this. All that data is being analyzed."

From across the country and on the ground, those related to Gabrielle Petito are doing everything they can to figure out what happened to the young woman

Gabby's mother previously said the last time she had contact with her daughter was when she received a text message from Gabby's phone on August 25.

"We have to vet everything," Chief Garrison explained. "Just because you receive something it doesn’t necessarily mean it was coming from that person. It’s important that we narrow down who exactly is sending the messages."

On September 11, her family reported her missing.

PREVIOUS: Boyfriend of Gabby Petito 'refusing to tell Gabby's family where he last saw her'