BROOKEVILLE, Md. - An uninvited guest caused quite an ordeal at a Montgomery County home on Friday. Crews had to wrangle an alligator out of a backyard in Brookeville.

“Hi ma'am. Uh, this may sound crazy, but we have an alligator in our pond in the backyard,” Ryan Alavi told a 911 operator Friday morning.

This call was not the way Alavi expected to start his day. But breakfast was interrupted when he noticed a pair of unfamiliar eyes staring at him from his Koi pond.

“I was walking around with my cereal bowl and I looked out the window and I thought I saw a snake,” he said. “So I walked out to flush him out, and as soon as I got on the step there, I realized that was no snake.”

The first responders who arrived at the home on Denit Estates Drive were equally surprised.

The alligator was evasive and lightning fast -- hiding below the murky water in the tiny pond. It took eight animal services and natural resources officers nearly four hours to safely contain the reptile.

They linked together garden hoses and used a Shop-Vac to create a makeshift siphon to drain the water out of the pond.

“Once the pond got about this low, it started protruding its head a bit more,” said Alavi. “And that’s when one of the officers got a net around him. Once he got on land, he kind of popped out of the net. Everybody jumped back a little bit and one of the animal control officers was brave enough to jump on him and pin him down. It was pretty neat.”

It turned out to be a three-foot long alligator.

“He could definitely do some damage,” said Officer Jack Breckenridge of Montgomery County Animal Services.

It is no surprise that the Koi pond is all but empty of fish now. Fortunately, the gator didn't make it any further than Alavi's yard. His next door neighbors have a pool and several young children.

Alligators are not a native species to Maryland. Alavi suspects this one came from a watershed just beyond his property. But how it got there is a mystery.

“It could be a pet that somebody released,” said Breckenridge. “It could be an animal that accidentally escaped.”

The gator's new home will be the Catoctin Wildlife Preserve and Zoo in Frederick County. 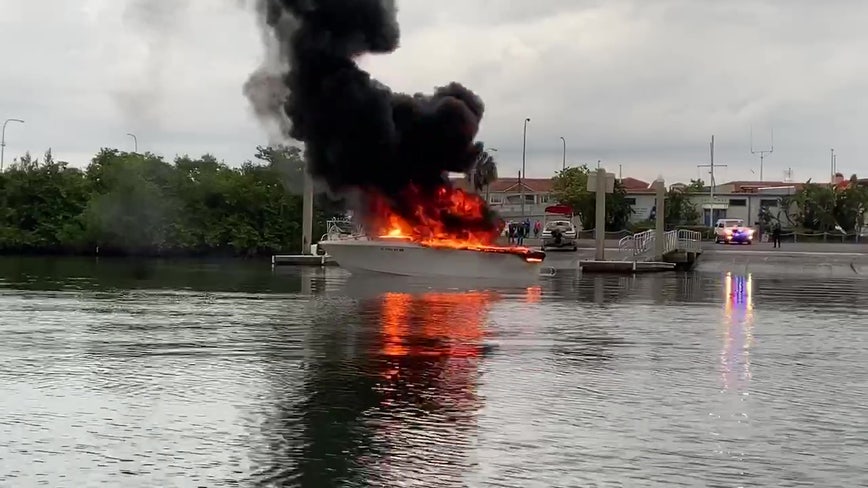