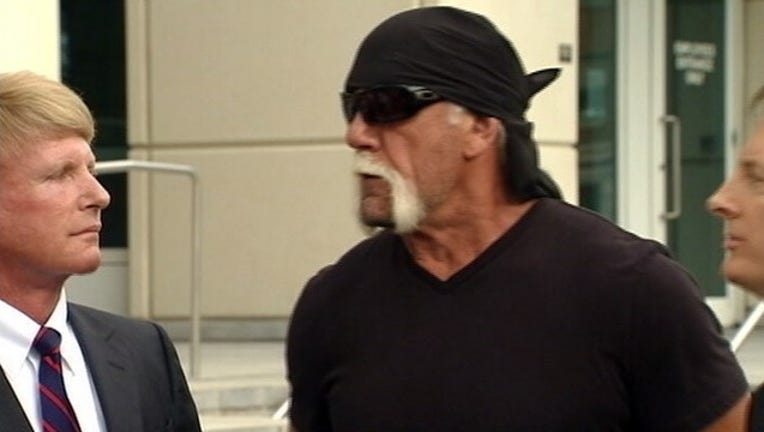 With $100 million on the line, media gossip site Gawker is fighting for its survival.  Now, documents released in the case show Gawker plans to use Hulk Hogan's own words against him.

Hogan is suing Gawker for violating his privacy after the media giant posted a clip of a leaked sex tape that showed Hogan having sex with the now-ex-wife of Bubba 'the Love Sponge' Clem.

Hogans attorney David Houston stood in front of Tampa's federal courthouse in 2012 to announce they were going after Gawker.

"We had issued a warning initially: We would come for you if you published this video," said Houston.

But Gawker attorney Heather Dietrick says Hogan made his sex life a hot topic and therefore newsworthy.  "Previously he was talking in detail about his sex life again and again in very color detail."

Dietrick says Hogan even joked about the sex tape on radio shows.

Expect the jury to hear about it.

"Hogan himself was talking about the tape -- he couldn't remember who it could be; 'there were a lot of brunettes at the time,'" said Dietrick.

Hogan claims he was secretly recorded having sex and someone was trying to extort money from him.  So he asked the FBI to investigate it.  They discovered three DVD's.

Gawker  says they show Hogan having sex, but there are also conversations, they say, between Hogan and Bubba that could be critical in the case.

Gawker fought to get the tapes from the FBI, and won.  But in court, the celebrity website cried foul, claiming one of the DVD's had been altered.

"There's a serious question as to what happened to the three DVD's that we now understand to exist," continued Dietrick.

As more documents in this case are released, expect more twists and turns in a case that's already filled with sex, lies, and videotapes.