Two Texas fugitives are wanted in connection to the shooting of a sheriff's deputy in Georgia.

WHITFIELD COUNTY, Ga. - Authorities have caught one of two wanted fugitives out of Texas sought in connection to a Labor Day shooting involving a Whitfield County Sheriff's deputy.

The shooting happened Monday in Dalton, Georgia. According to the Georgia Bureau of Investigation, Dalton Potter, a 29-year-old wanted Texas fugitive, was driving a stolen trailer when the deputy pulled him over. 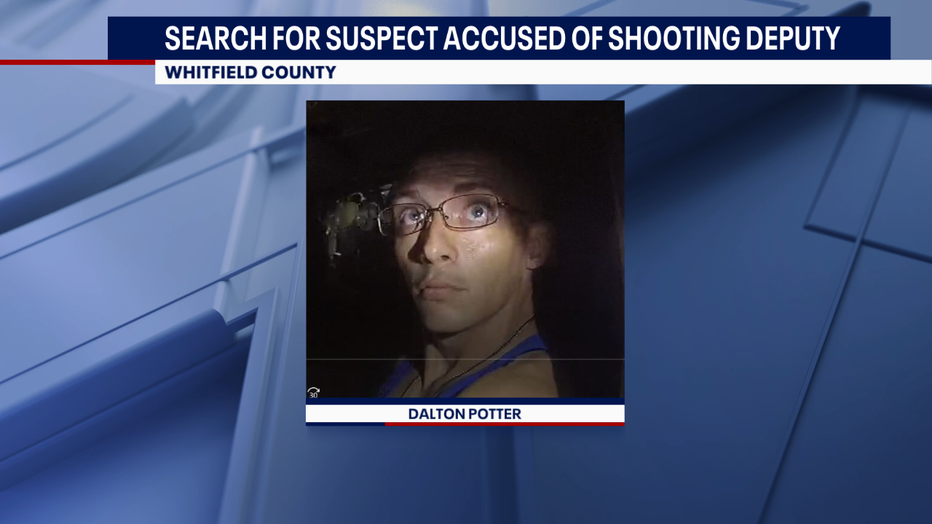 Officials said Potter fired multiple shots at the deputy, identified as Darrell Hackney. The suspect opened fire from inside the vehicle.

The GBI said Deputy Hackney was struck, but his ballistic vest prevented him from being seriously injured.

Hackney and a fellow deputy returned fire, Potter took off and escaped. Investigators said he ended up wrecking the vehicle and the stolen trailer was found on Interstate 75 near the Whitfield/Gordon County line.

Potter remains at large. Investigators said after the crash he took off on foot into the woods. He's considered armed and dangerous.

Authorities identified a second wanted Texas fugitive involved in the shooting. Jonathan Hosmer, age 47, was captured on a home surveillance system in a subdivision near the truck wreck in the Whitfield/Gordon County line.

Anyone with information is asked to contact the Whitfield County Sheriff's Office or the GBI.