Jeffrey Epstein's longtime confidante is accused of recruiting girls for him to sexually abuse.

NEW YORK - Jeffrey Epstein's longtime confidante Ghislaine Maxwell was transferred Monday to New York to face charges that she recruited women and girls, one as young as 14, for him to sexually abuse, the Bureau of Prisons confirmed.

Prosecutors have asked a judge to schedule a Friday court appearance in Manhattan federal court for for Maxwell, 58, who was arrested last week at a $1 million estate she had purchased in New Hampshire.

Maxwell, the daughter of British publishing magnate Robert Maxwell, was the former girlfriend and longtime close associate of Epstein, who killed himself in a Manhattan jail last August while he awaited trial on federal sex trafficking charges.

Maxwell has been indicted on multiple charges, including that she conspired to entice girls as young as 14 to engage in illegal sex acts with Epstein from 1994 through 1997.

Several of Epstein's victims have described Maxwell as his chief enabler, recruiting and grooming young girls for abuse. She has denied wrongdoing and called claims against her “absolute rubbish.”

In a letter to a judge Sunday, prosecutors said they have communicated with Maxwell’s defense lawyer, Christian Everdell, who would like a Friday bail hearing where she will be arraigned.

Prosecutors have said Maxwell “poses an extreme risk of flight.” Maxwell has three passports, is wealthy with lots of international connections, and has “absolutely no reason to stay in the United States and face the possibility of a lengthy prison sentence,” they wrote in a memo.

She is currently being held at the Metropolitan Detention Center in Brooklyn. 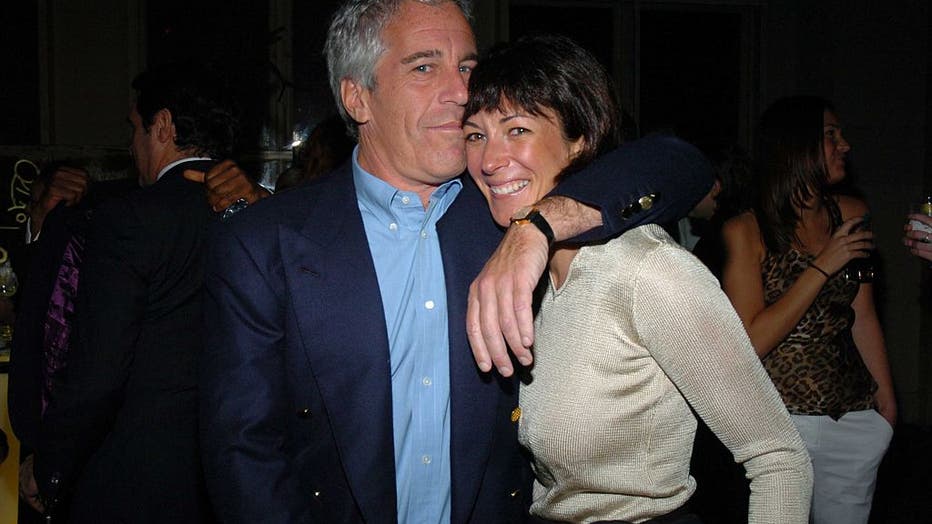 Jeffrey Epstein and Ghislaine Maxwell in 2005. A woman is claiming that Maxwell raped her "20-30 times." (Photo by Joe Schildhorn/Patrick McMullan via Getty Images)

The Brooklyn lockup has had controversies of its own. Last month, an inmate died after correctional officers sprayed him with pepper spray.

A week-long power failure at the jail in January 2019 sparked unrest among shivering inmates. In March, the jail had the federal prison system’s first inmate to test positive for coronavirus.

The Bureau of Prisons has been the subject of intense scrutiny since Epstein took his own life while in custody in August, which Attorney General William Barr said was the “perfect storm of screw ups.”

The agency has been plagued for years by serious misconduct, violence and staffing shortages so severe that guards often work overtime day after day or are forced to work mandatory double shifts and has struggled recently with an exploding number of coronavirus cases in prisons across the U.S.