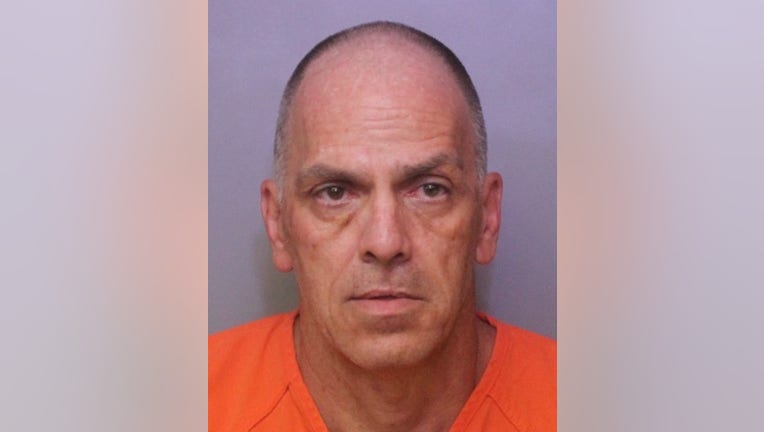 LAKELAND, Fla. - A Lakeland man faces charges after burglarizing a Goodwill store and trying to flee from a deputy, according to the sheriff’s office.

The deputy watched Gozzola exit the van, and rummage through items in a donation area. Officials said the suspect began loading the items into his van.
When Gozzola began driving away, the deputy blocked his path with his patrol vehicle and activated his emergency lights.

According to the sheriff’s office, Gozzola maneuvered the van away from the patrol car and fled at a high rate of speed. The van stopped on County Road 540A near South Florida Avenue. Officials said he exited the vehicle and started running away from the area.

When the deputy arrived at the van’s location, a bicyclist told the deputy the suspect ran towards a nearby bank. Gozzola was found and arrested.

Investigators said Gozzola admitted to being the driver of the van, stealing the items and fleeing "because he panicked."

"First, I'd like to thank the bicyclist who aided our deputies with locating the suspect. Secondly, just because these items are donated, doesn’t mean you can just help yourself to them," Sheriff Grady Judd said in a statement. "It’s plain and simple theft to take them, and for those who can’t figure that out on their own, a sign is posted right where these items were taken from that literally says, ‘Removing items from this location is considered theft and is illegal.’ As the saying goes, ‘There’s your sign.’"

Gozzola faces several charges including petit theft, fleeing to elude, burglary, and knowingly driving with a suspended or revoked license.

Polk County deputies said he has a criminal history and has been incarcerated in the Florida State Prison a total of six times. His most recent release was in 2014.