TALLAHASSEE, Fla. - Florida Gov. Ron DeSantis is warning migrants not to come to his state after a bus full of migrants from Texas who were dropped off at the U.S. Capitol said they plan to head to Miami.

A bus full of 23 migrants from Texas unloaded at the foot of the U.S. Capitol Wednesday morning, as part of Texas Gov. Greg Abbott's new plan to counter federal immigration policies during an ongoing border crisis.

The migrants told Fox News that they are planning to head down to Miami, Florida, likely by train. The bus ride conducted by the Texas Department of Emergency Management (TDEM) concluded in D.C. and is not continuing on to Florida, so migrants would have to find their own way down to the southern state.

However, DeSantis is taking issue with the fact that the migrants are planning to head to the Sunshine State, with his executive office issuing a clear message: "Do not come."

FIRST TEXAS BUS DROPS OFF MIGRANTS BLOCKS FROM US CAPITOL IN WASHINGTON, DC

"To those who have entered the country illegally, fair warning: do not come to Florida. Life will not be easy for you, because we are obligated to uphold the immigration laws of this country, even if our federal government and other states won’t," the Executive Office of the Governor of Florida exclusively told Fox News Digital in a statement.

"Florida is not a sanctuary state, and our social programs are designed to serve the citizens of our state. The governor will protect the sovereignty of the state of Florida," the statement continued.

The governor's office also blamed the Biden administration for putting migrant's physical health at risk by encouraging them to "make dangerous treks" and putting their lives in the hands of human smugglers.

"If you have come here illegally, you have been done a great disservice by the Biden Administration. They have encouraged you to make dangerous treks, oftentimes at great physical distress to you and your family. Sometimes, this has even meant putting your fate into the hands of dangerous coyotes and human traffickers." 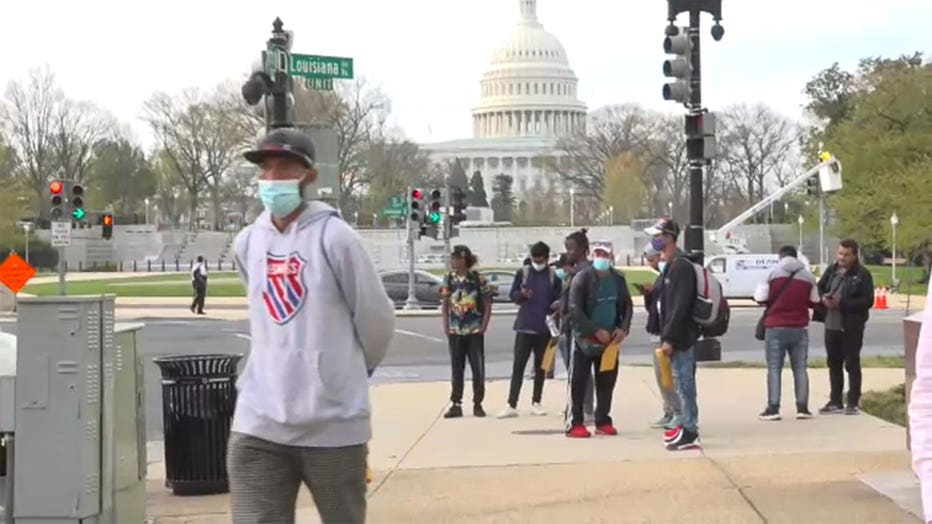 A group of migrants were bused from Texas to Washington, D.C., where they were dropped off blocks from the U.S. Capitol, Wednesday, April 13, 2022. (Fox News)

"There is a legal process to obtain full American citizenship, which is an essential part of the promise of America. In Florida, we will uphold the law," the statement concluded.

The migrant bus pulled up at approximately 8 a.m. local time on Wednesday, just blocks away from the U.S. Capitol building. Fox News has learned that they came from the Del Rio sector in Texas, after coming to the U.S. from Colombia, Cuba, Nicaragua, and Venezuela.

MIGRANTS SNAP SELFIES AT BORDER AFTER CROSSING INTO US

Upon the bus's arrival in Washington, D.C., individuals disembarked one by one except for family units who exited together. They checked in with officials and had wristbands they were wearing cut off before being told they could go. The group included 19 males and four females, including three small children. 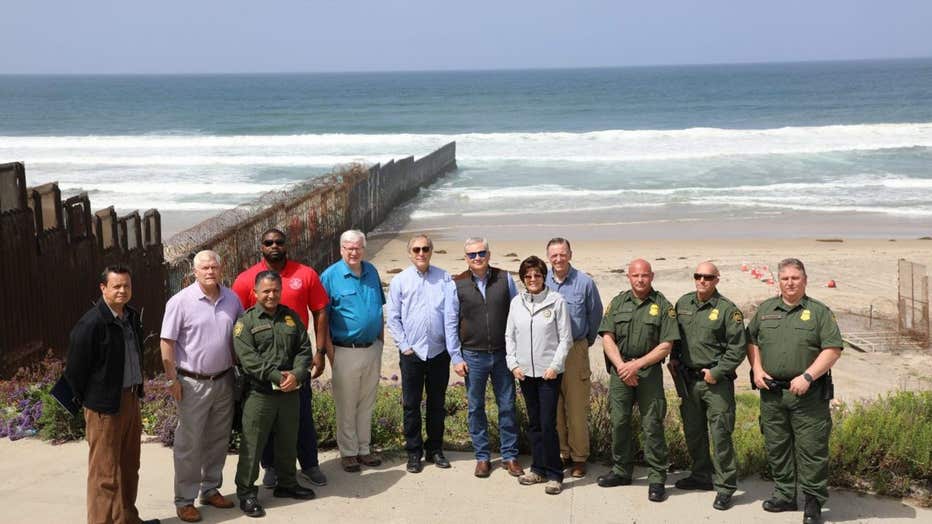 Reps. Katko and Comer were part of a congressional delegation this week to the southern border with Mexico. (House Oversight Committee Republicans)

TDEM said it dispatched buses over the weekend to border communities where it coordinated with officials to identify these immigrants. The agency added that each bus has the capacity and supplies necessary to carry up to 40 migrants released in Texas communities and transport them to Washington, D.C.

"As the federal government continues to turn a blind eye to the border crisis, the State of Texas will remain steadfast in our efforts to fill in the gaps and keep Texans safe," Abbott said in a press release Wednesday.

White House press secretary Jen Psaki told Fox News' Jacqui Heinrich Wednesday that all of the migrants are in immigration proceedings and it's "nice" that Texas is helping them get to their final destinations.

Abbott's office confirmed to Fox News Digital that a second migrant bus is currently on the way to D.C.

Fox News' Lucas Tomlinson and Ronn Blitzer contributed to this report. Get updates on this story from FOX News