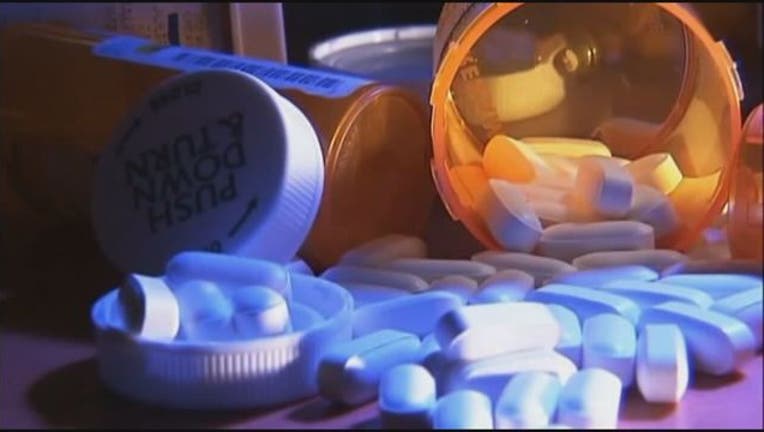 TALLAHASSEE (NSF) - Gov. Rick Scott and legislative leaders signaled Tuesday that addressing Florida's deadly opioid epidemic will be a high-profile issue during the 2018 session, with Scott saying he will propose spending $50 million on programs such as drug treatment.

Scott appeared Tuesday morning in Manatee County and was scheduled to appear later in Palm Beach County --- two areas hard hit by opioid abuse --- to announce that he will include the $50 million in his proposed 2018-2019 budget and push for other changes such as prescription limits for pain medication.

“As I travel the state, I have met many families who are dealing with the heartache of drug addiction,” Scott said in a statement released by his office after the Manatee County event. “Growing up, my own family dealt with the struggle of substance abuse and I know firsthand how this painful issue causes families to worry and pray for help and healing.”

Abuse of prescription painkillers and drugs such as heroin and the synthetic opioid fentanyl have led to thousands of overdoses in recent years in Florida, with Democrats arguing that Republican state leaders have not been aggressive enough in tackling the problem.

“It's a public health crisis, it's a family crisis, it's a human crisis, it's even an economic crisis,” Graham, a former congresswoman from Tallahassee. “And the current state government is failing to do all it can to address it --- in this case, holding the powerful prescription drug companies accountable for their role in creating this crisis.”

Scott's office did not release detailed proposals Tuesday, but it said the $50 million would include money for such programs as substance-abuse treatment, counseling and recovery services. Lawmakers will consider the proposal during the 2018 legislative session, which starts in January.

The changes Scott will seek in state law include placing a three-day limit on prescriptions for opioids, though the prescriptions could be up to seven days under some conditions. Corcoran's office said the limit would apply to initial prescriptions of drugs such as OxyContin, Percocet and Vicodin.

Also, in part, Scott wants to require doctors to check a state prescription-drug database before writing prescriptions for pain medications. The database was created to try to help prevent addicts from going to multiple doctors and pharmacies to get prescriptions filled for dangerous drugs. Doctors are not currently required to check the database.

Corcoran's office said doctors would be required to use the database when writing a prescription for the first time and then at least every 90 days.

“We've all seen the heartbreaking images of parents passed out in a car while their kids sit in the backseat,” Corcoran, R-Land O' Lakes, said in a prepared statement. “It is shocking but it is avoidable. This proposal goes directly at the source of the addiction --- the initial prescription --- and places serious restrictions on providers.”