"The move indicates that District Attorney Cyrus R. Vance Jr.’s investigation of the former president and his business has reached an advanced stage after more than two years," the Washington Post reported on Tuesday.

The panel is expected to sit for three days a week for six months to consider the evidence, according to the Post. 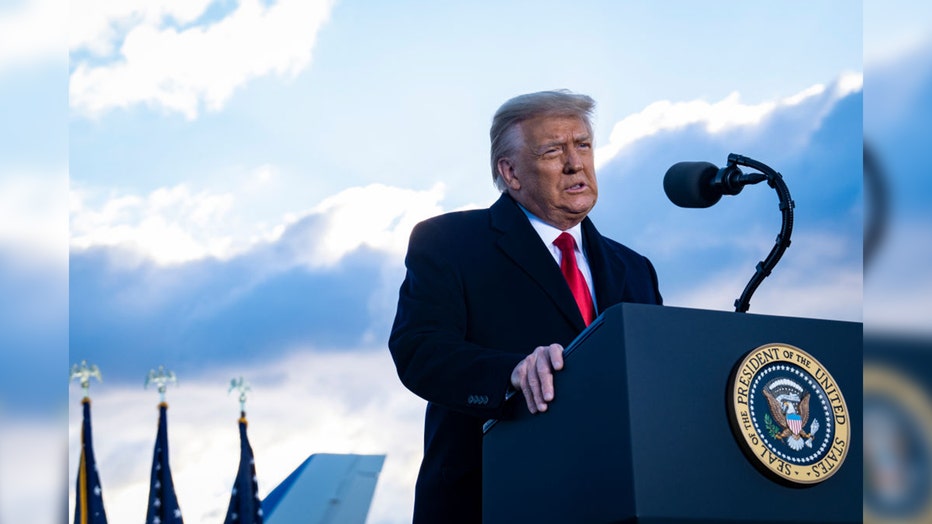 Trump faces two New York state inquiries into whether he allegedly misled tax authorities, banks or business partners. Two women alleging he sexually assaulted them are suing him. Some Democrats are calling for the revival of a federal campaign finance investigation that appeared to end under U.S. Attorney General William Barr.

The DA’s office has been scouring Trump’s tax records, hired a former mafia prosecutor to help run its investigation and has been interviewing witnesses including Trump’s former personal lawyer, Michael Cohen.

Trump has continued to decry the investigation as a "witch hunt."

"There is nothing more corrupt than an investigation that is in desperate search of a crime," Trump said on May 19. "But, make no mistake, that is exactly what is happening here."

Vance’s office has not publicly said what it is looking at, citing grand jury secrecy rules, but some details came out during the legal battle to get access to Trump’s tax records.

Vance’s investigation includes scrutiny of Trump’s relationship with his lenders; an alleged land donation he made to qualify for an income tax deduction; and tax write-offs his company claimed on millions of dollars in consulting fees it paid.

Some of that money went to Trump’s daughter, Ivanka, who has denied any wrongdoing. In a tweet last November, she called the investigation "harassment pure and simple" and said it was "100% motivated by politics, publicity and rage."

New York Attorney General Letitia James’ office, in tandem with Vance’s investigations, has also been looking at the land donation and scrutinizing records relating to a Trump office building in New York City, a hotel in Chicago and a golf course near Los Angeles.

Vance’s investigation has appeared to focus in recent weeks on Trump’s longtime finance chief, Allen Weisselberg. His former daughter-in-law, Jen Weisselberg, is cooperating with both inquiries. She’s given investigators reams of tax records and other documents as they look into whether some Trump employees were given off-the-books compensation, such as apartments or school tuition.

Weisselberg was subpoenaed in James’ investigation and testified twice in 2020.

Trump’s son, Eric, was also subpoenaed as part of that probe and testified before the November 2020 election.