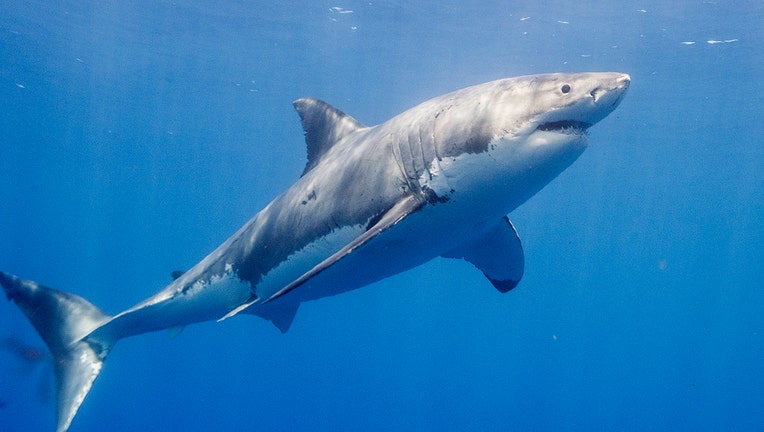 KEY WEST, Fla. - Like snowbirds, there's another group that's moving the Florida for the winter: sharks.

Shark experts say the coast of Florida is starting to heat up with white shark activity. OCSEARCH, a research group, says the annual migration to warmer waters off the Florida and Carolinas coasts is underway.

The Palm Beach Post reports that eight white sharks tagged by the Utah-based research group were spotted from New Jersey to Florida in the last week.

Three other sharks that had been tagged were detected Wednesday in waters on North Carolina beaches, and two more sharks —Helena and the 2,076-pound Unama'ki —made their presence known with toothy grins just west of Key West in September.

Unama'ki had been tagged off Nova Scotia in September. She's a big girl —some 15-feet, 5-inches.

It's not unusual for great whites to call southern waters home during winter and sightings are common near popular fishing and diving spots in Florida through spring.