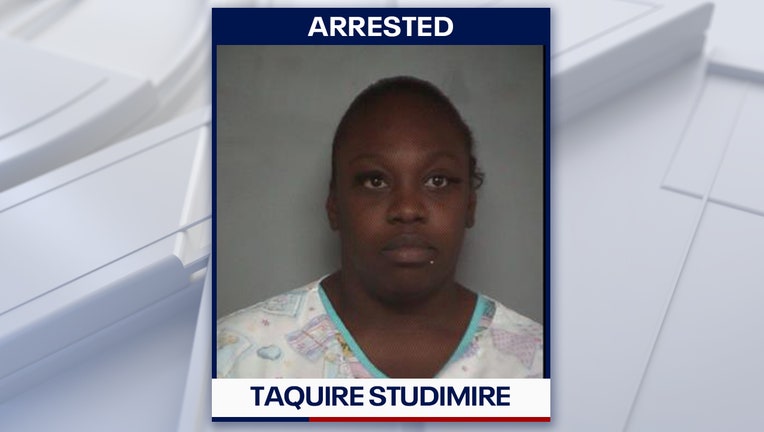 HAINES CITY, Fla. - Police in Haines City said the woman accused of crashing into a garbage truck and injuring an unrestrained child in her vehicle turned herself in Tuesday night.

Haines City police say 34-year-old Taquire Studimire was in custody as of Wednesday morning. They said she drove her 2008 Honda Civic into the front of a garbage truck in the area of North 14 Street and Stuart Avenue around 8:30 a.m. Monday.

Police said she exited the car with a young child in her arms, and told the truck driver he was at fault for the crash. However, the garbage truck's dash camera recorded the collision, showing the child sitting unrestrained in the front seat and being thrown into the dash when the vehicle crashed.

Police said the video then shows Studimire grabbing the child from the floorboard and exiting the car to confront the truck driver.

Then, investigators said after Studimire confronted the truck driver, she re-entered her car and backed into traffic with the driver's side door open, almost crashing into another vehicle.

Later, the child was located at a daycare facility with a head bruise and swollen cheek. The child was taken to a hospital where detectives learned the child had no serious injuries as a result of a crash. A warrant was issued for Studimire’s arrest.