TAMPA, Fla. - At an emergency meeting, Hillsborough’s transit agency voted to fire their CEO after investigators determined that he used agency money for personal expenses.

"He's a nice guy. But nice guys do wrong things. And that was quite obvious,” said Board Chairman Les Miller.

According to a law firm tasked with investigating, Benjamin Limmer violated at least eight board policies by spending HART funds on everything from travel to food to a special coffee machine.

The violations detailed in this week’s report included a five-star hotel stay along with hundreds of dollars on a pricey personal coffee maker, and lunch for Limmer's child.

Investigators uncovered sales tax charges on a county-issued card that should be tax-exempt.

The report also said Limmer retained a law firm without board approval, and gave a management consulting firm an unfair competitive advantage when bidding on a $3-million contract.

Miller said that violation was the most egregious.

"That particular vendor was then to bid on a contract that they wrote,” Miller said. “That is absolutely wrong. On Wall Street, that's called insider trading. And you go to jail for that. That one finding was enough to really terminate Mr. Limmer with cause." 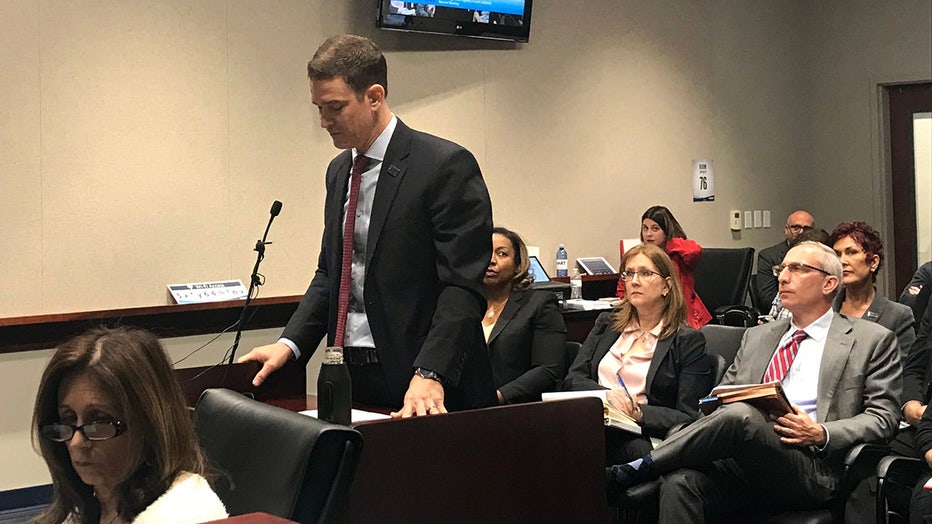 A whistleblower complaint led to the investigation late last year.

Limmer previously called the complaint an organized plot against him by those who don't like changes he's making at the agency.

The report found otherwise, though, saying employees tried to find ways to satisfy Limmer while complying with hart policies.

Friday, the HART board voted to terminate Limmer with cause. Only one board member, Marvin Knight, voted no.

"As I focused on the new direction of our agency, I made avoidable errors in regards to some internal policies.  However, those errors were not intentional," he wrote in a statement released by a spokesperson. "I want to thank the hundreds of HART employees who have stood by me during this process and who will continue to serve the people of Hillsborough County."

Limmer had spent the past three months on paid leave.