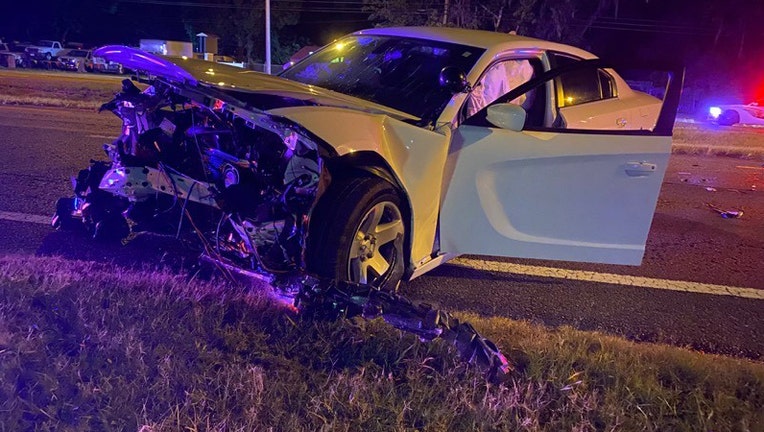 VALRICO, Fla. - The Hillsborough County Sheriff’s Office is investigating an early morning crash that sent two deputies and four others to the hospital.

According to HCSO, two HCSO DUI investigators were parked in a grass median near the intersection of Highway 60 East and Church Street in Valrico monitoring traffic around 1:45 a.m. Sunday morning. 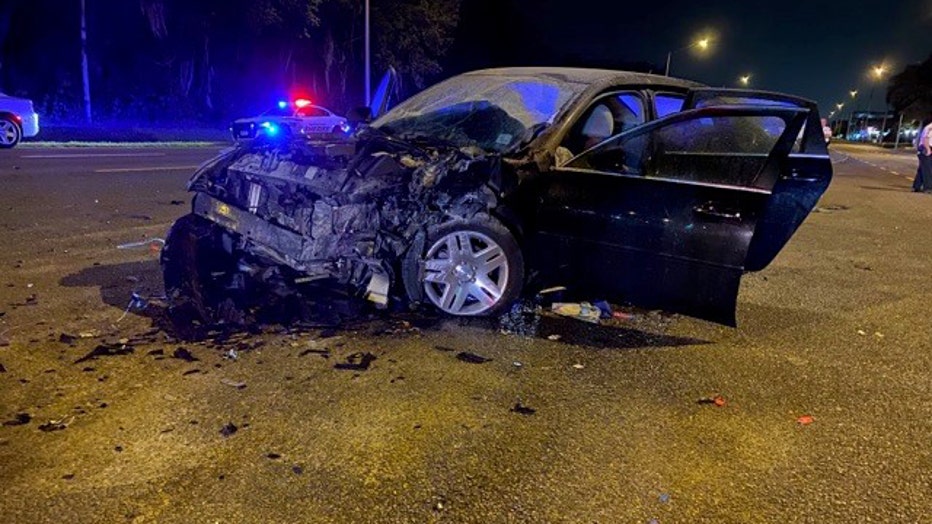 Deputies said a 2016 black Chevrolet Impala driven by Aaron Major, 25, was traveling eastbound on Highway 60, jumped the median, collided head-on into one of the white unmarked HCSO Dodge Chargers and sideswiped the other.

According to HCSO, Major, who had three passengers in the car at the time, had just left a restaurant with his friends and admitted to falling asleep at the wheel. Deputies said alcohol is suspected to have played a role in this crash.

Both deputies were transported to Tampa General Hospital with non-life threatening injuries. One deputy suffered a fractured ankle.

Major and all three of his passengers were also taken to local hospitals. Major and one of the passengers suffered non-life threatening injuries, deputies said.

“We cannot say it enough: driving under the influence is unacceptable,” said Sheriff Chad Chronister. “Crashing into a DUI deputy while intoxicated is downright inexcusable. I am very grateful that our deputies were not more seriously injured and that no one involved in this crash lost their lives. While this investigation is still ongoing, I can assure you that the driver involved will be held accountable for his actions.”