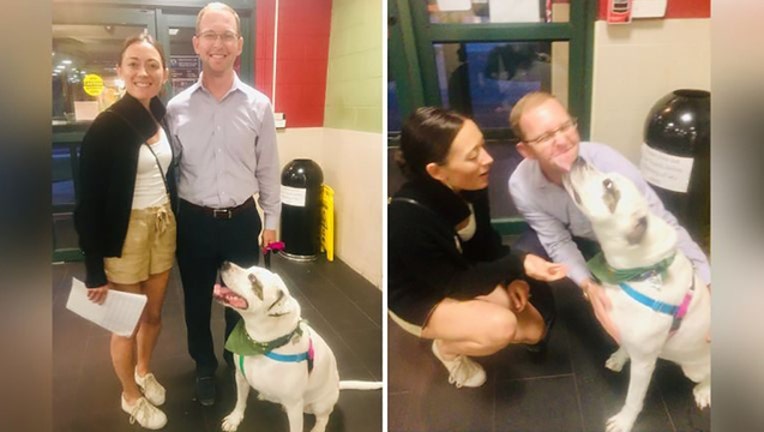 Bentley, a bulldog and pit mix, was rescued by the PSPCA's Humane Law Enforcement Team in October 2016. Since then, he has resided at the shelter's Erie Avenue location.

The PSPCA called Saturday "the day we wait for in animal welfare. The day when you approach the kennel of a dog who has been in the shelter for exactly 1,076 days… and they aren't there."

"They aren't there for the best reason," the PSPCA explained. "They are spending their first day in their furever family."

Kayla Dorney, a PSPCA behavior and nourishment supervisor, has acted as a "shelter mom" for Bentley over the past few years.

The shelter said Bentley will be missed. But after spending half of his life in a shelter, "we found him his perfect family."

The PSPCA thanked its volunteers, who "loved him every one of those 1,076 days," and shelter staff who served as Bentley's family until his forever family came along.

"It takes a village," the PSPCA wrote. "And today, we celebrate."

How to help: Volunteer | Foster | Donate