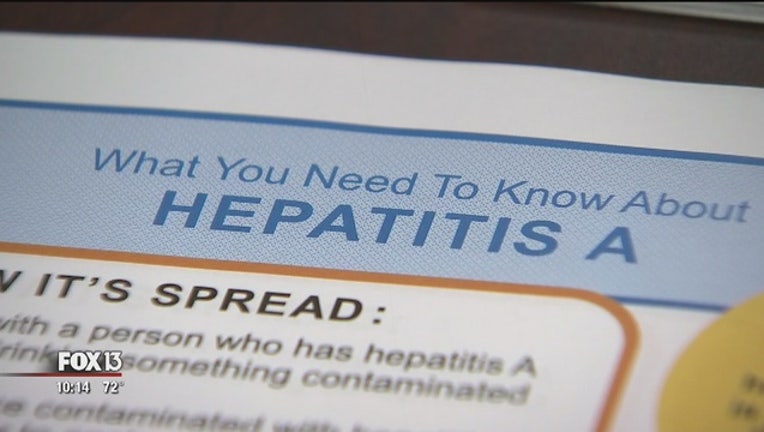 TALLAHASSEE, Fla. (NSF) - The number of hepatitis A cases in Florida this year has reached at least 1,978, the latest information released by the Florida Department of Health shows.

The state had 77 hepatitis A cases reported between July 14 and Saturday, and, according to the latest report from the department, “weekly case counts have steadily increased overall,” since last year.

Only Florida residents are included in the case counts released by the state. The data includes suspected and confirmed cases.

Central Florida has had the highest hepatitis A activity levels, according to a monthly report.

The virus is transmitted person-to-person through fecal matter. That can include through some types of sexual contact and people not properly washing their hands after going to the bathroom or changing diapers. Hepatitis A can also be spread through fecal-contaminated food or water.

Hepatitis A infections can cause liver damage and be severe, leading to inpatient hospitalization and sometimes death.

The Department of Health announced July 3 that it was partnering with the federal Centers for Disease Control and Prevention to try to curtail the outbreak. Health departments in Arkansas, California, Indiana, Kentucky, Massachusetts, Michigan, Missouri, North Carolina, Ohio, Tennessee, West Virginia and Utah also have worked with the federal government on eradicating outbreaks.

Here are the number of cases reported in 2019 in counties throughout the state: