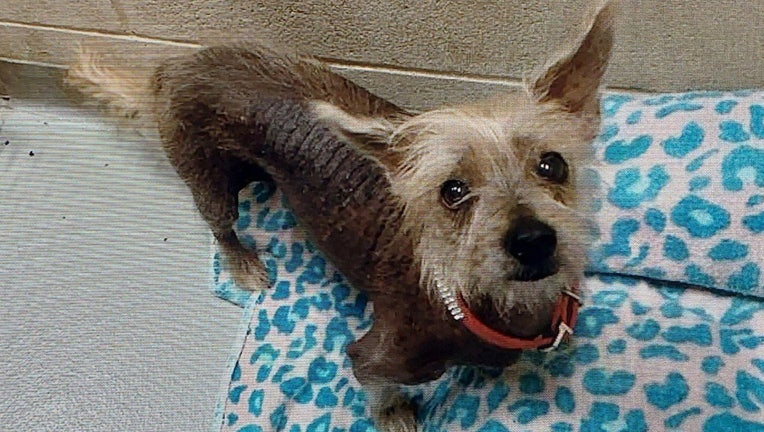 HERNANDO BEACH, Fla. - The owner of a dog will face an animal cruelty charge after leaving her pup inside a car for at least eight hours to deliver food in another county, according to Hernando County deputies.

On Saturday, the sheriff's office received a report about the dog around 10 p.m. and responded to Linda Pedersen Park in Hernando Beach. They said the caller was there to fish and reported the dog was left alone inside the vehicle from approximately 2 p.m. until 10 p.m., the time he returned to the parking lot from fishing.

According to deputies, all the windows were closed except the driver's side window, which was slightly cracked. They said the temperature outside reached 95 degrees during that time.

The dog was removed through a "previously damaged window that was sealed with plastic sheeting." Deputies said the dog defecated throughout the inside of the vehicle.

While they were on scene, the owner of the vehicle, identified by deputies as 49-year-old Amy Sitaro, returned.

Deputies said, according to Sitaro, she left the park around 2 p.m. to ride with her boyfriend who was headed to Wesley Chapel to deliver food for DoorDash and Grubhub. She said neither company allows dogs in the vehicle while delivering food.

Deputies said an arrest warrant for Sitaro is in the works.