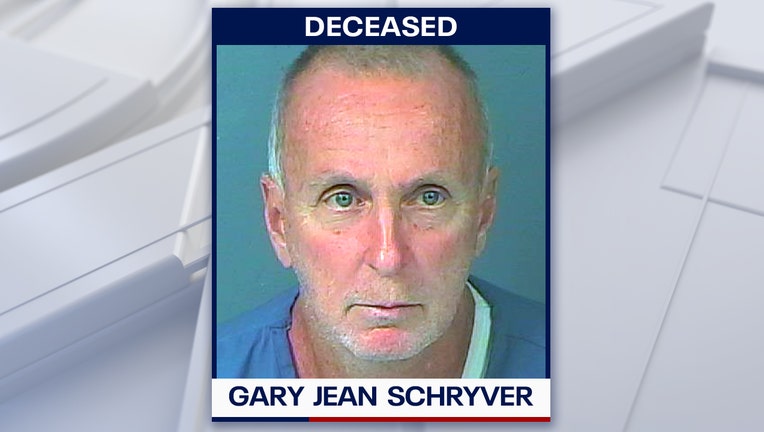 SPRING HILL, Fla. - Authorities in Hernando County have identified the suspect who was shot and killed by deputies Saturday in Spring Hill as they attempted to serve him with felony warrants.

The Hernando County Sheriff's Office said the deputies went to a home in the 12000 block of Feather Street around 2:40 a.m. to serve two felony warrants to 61-year-old Gary Jean Schryver.

The warrants were for violation of drug offender probation and for trafficking in stolen property and false information to a pawn broker.

According to the sheriff's office, deputies were invited into the home by the homeowner, and escorted to the bedroom where Schryver was located.

"Schryver's actions led to the deputy-involved shooting," the agency said, without providing additional details about the incident.

No deputies were injured, the sheriff's office said.

FDLE will be investigating the incident, as they do with all deputy-involved shootings.

The deputy involved will be placed on paid administrative leave during the investigation.