Video recorded by Deputy Charles Williams' body camera shows him walking back to his patrol vehicle after finishing a traffic stop on Dale Mabry Highway in Lutz earlier this month. As he got to the vehicle, a white Mercedes can be seen coming within a few inches of Deputy Williams, then clipping the front of his car.

"I was again thinking, oh, my God, we're going to another deputy's funeral here. Or I might be headed to a hospital," Sheriff Chronister said.

The deputy drove after her and pulled her over a short distance later. During their interaction, the driver can be heard giving a series of excuses as for why she didn't move over a lane or slow down. 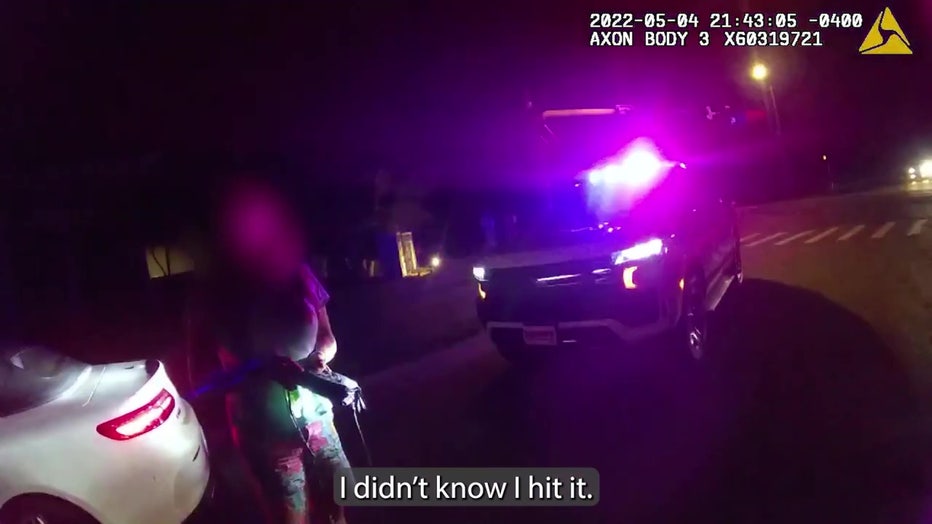 "I'm so sorry." she said, admitting at one point she heard a "clunk." "Honestly, I thought I hit a rock or something."

"You didn't see me standing right in the road?" the deputy asked her.

"I did not," she responded.

Sheriff Chronister said there are no excuses for violating the state's Move-Over Law. 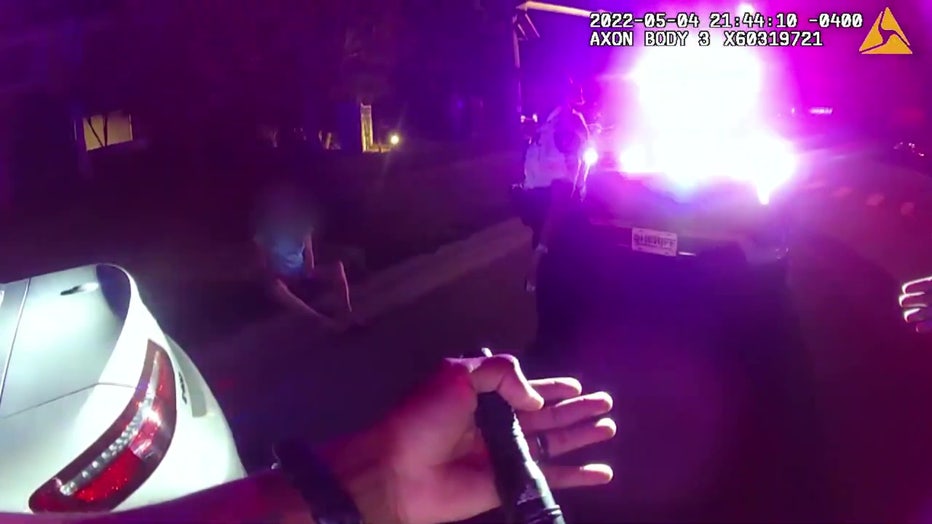 "A bunch of excuses," the sheriff said. "But none would have been justifiable enough when I had to call his loved ones and let them know that he's seriously injured or dead because someone didn't follow a law that's designed to keep everyone safe."

If drivers are unable to move over a lane, they're required to slow down to 20 miles an hour or less than the posted speed limit.