“We were all disgusted about it,” said Dana Ganss, who plays pickleball at the park three times a week.

The graffiti was found on the sidewalk, the bathroom wall and the basketball court.

“My heart sank,” Ganss said. “I was like why is this happening here this is such a nice community.” 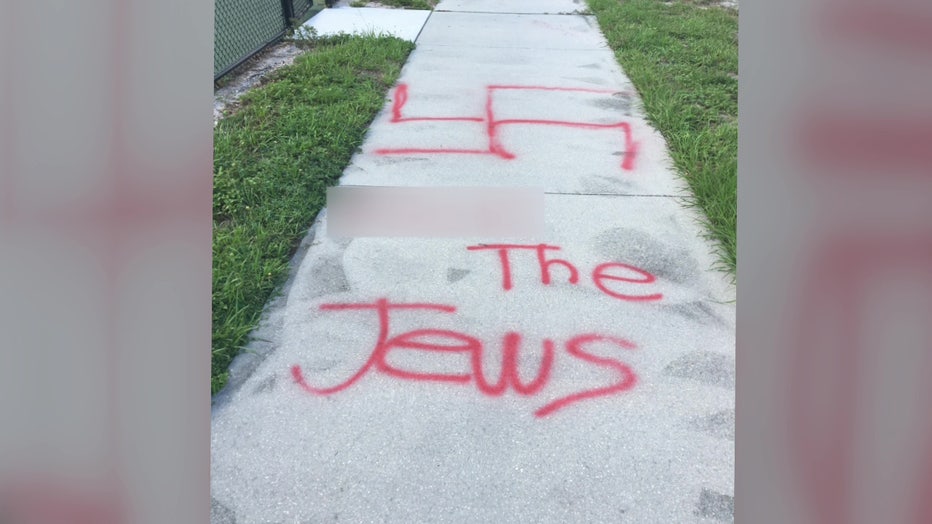 “With all this stuff going on in the world right now we don't need this,” said Steven Golden.

Golden is Jewish and was taken aback by what he saw.

Crews with the county’s anti-graffiti unit spent the morning washing away the hate-filled messages.