Saluting the third generation of service to the HCSO

TAMPA, Fla. - Becoming a deputy with the Hillsborough County Sheriff's Office wasn't just a career choice for Reed Service, he was going into the family business. His father, uncle and grandmother all worked at HCSO in different positions when he was growing up. Following the same career path seemed like the obvious plan for him.

During Reed's graduation ceremony it was his father, Master Deputy Jeff Service, who proudly pinned the badge on his son.

"I wasn't the dad that said you're going to have to follow in my footsteps. I wasn't that. I let him find his own way," shared Jeff Service.

Jeff Service and his brother, Master Deputy James Service, who is part of the K-9 unit, are in their positions today because of encouragement from their mother, Carolyn Service, a former dispatcher with the Sheriff's Office, who is now retired.

]"I raised my children to high school age and I really thought I would really like to help the community in some way and I thought law enforcement was a good fit," explained Carolyn Service. 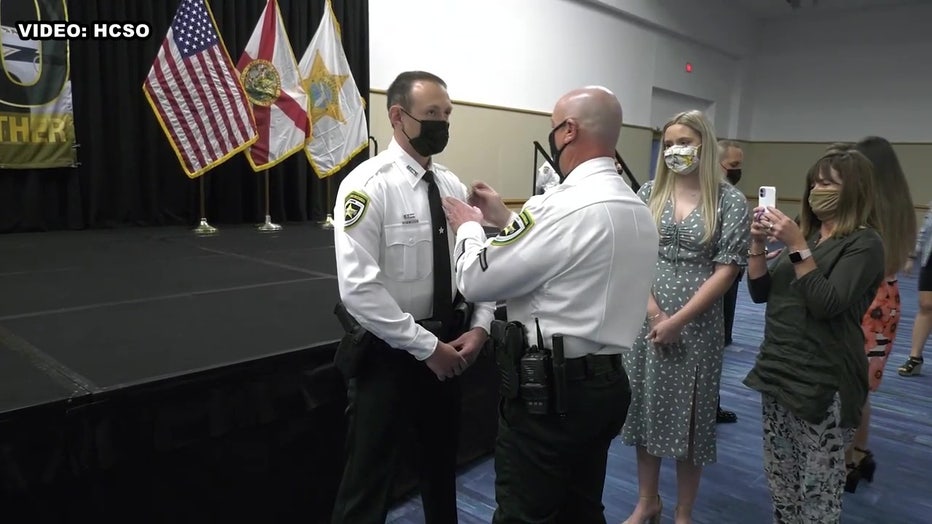 "I remember her bringing me an application from the Sheriff's Office and she kind of slid it across the table and said this is something you need to go ahead and fill out," recalled Jeff Service.

READ Riverview boy adopted by HCSO detective after surviving being stabbed, set on fire by father

"If it wasn't for my mom and her influence I wouldn't have the life that I have today," said Jeff Service.

And now they are passing on the lessons they've learned throughout their careers to Reed Service.

"Gave him the advice that was basically given down to me of treat everybody you deal with as if it was your mother and handle every call you go to as if the Sheriff is sitting right beside you," explained James Service. 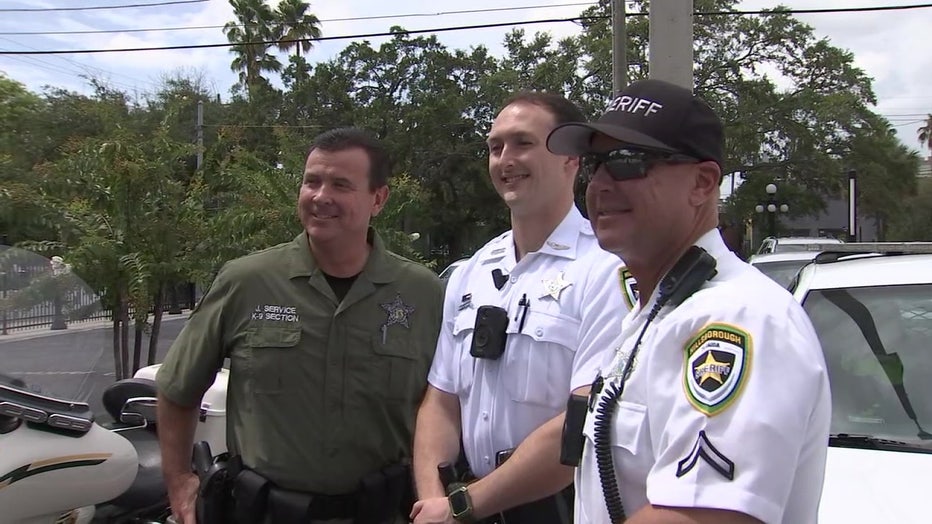 "My uncle being a K-9 I found another respect for what they do. It's not just walking a dog. It's much more than that. With my grandma being a dispatcher, I know there's more to that as well. They're under just the same amount of stress as we are," added Reed Service.

Reed Service knows a big part of his job is establishing a good relationship with his community.

"I just want them to know that we have a positive impact on them. We're not there just to take people to jail. We're there to help them, whatever it be. Whether they need to go anywhere or have something done. We're here for them," shared Reed.

Reed Service's grandmother is excited about his future. She says he will have two families, the brothers and sisters at HCSO and the one at home.