TAMPA, Fla. - Hillsborough County Commissioners will consider spending 20 million federal dollars on fixing sidewalks, but one county commissioner calls it "a drop in the bucket."

"We consistently are at the very top of the list of the most dangerous places in America to be a bicyclist or a pedestrian," said Hillsborough County Commissioner Harry Cohen.

He said sidewalks are central to pedestrian safety and the county’s sidewalks need major attention.

Riverview resident Timothy Tolliver said his subdivision was mostly flat when he moved in 15 years ago.

"But as the trees got bigger and bigger the roots got underneath the sidewalk," he said. "So what it did is make them all uneven."

He said it’s dangerous for kids on bikes and people walking in the neighborhood.

County crews are working on sidewalks in his neighborhood, but the county has been playing catch up with deteriorating sidewalks for years. They target one neighborhood at a time.

Currently, the county repairs sidewalks in around 15 neighborhoods a year, but more than 900 neighborhoods are in need of sidewalk repair, according to county officials. 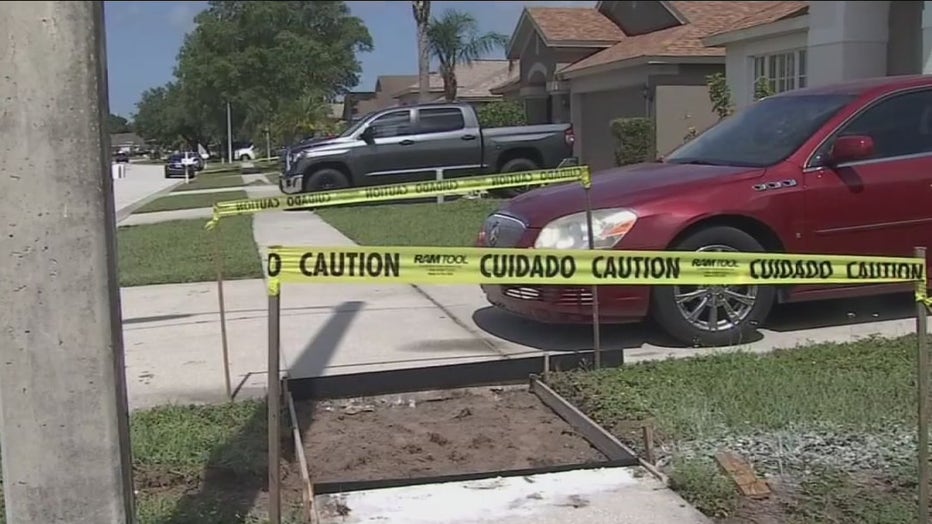 On Wednesday Hillsborough County Commissioners could decide to spend $20 million from the federal American Rescue Plan Act to try to escalate their battle against sidewalk deterioration. Cohen said that’s a good start, but the big fix necessary could only be accomplished if voters pass a one cent sales tax for Transportation to be voted on in November.

"The transportation tax referendum is the single best way that citizens can express themselves and say we want these problems dealt with in a major way, not in an incremental piecemeal approach," said Cohen.

Voters approved a transportation tax in 2018, but it was later voided by the Florida Supreme Court. Whether it’s approved again this will depend on voters like Tolliver.

"I don’t mind paying a little bit more where it needs to be put, but if you’re going to put it somewhere else-no," he said.

For some voters, the decision could come down to the very sidewalk in front of their house.