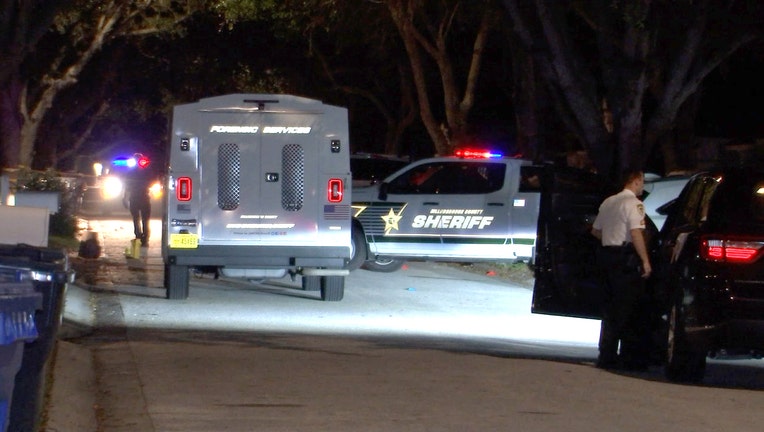 TAMPA, Fla. - Hillsborough County deputies said they are trying to track down three suspects who fled after shooting and robbing a man in a Tampa neighborhood.

The shooting occurred Thursday night in the 5600 block of Paddock Trail Drive. According to the sheriff's office, the agency received multiple calls about hearing shots fired and someone calling for help in the area.

When deputies arrived, they located a man with a gunshot wound in the lower part of his body. They said he was robbed and three men wearing masks left in a vehicle.

The shooting victim was taken to a hospital with non-life-threatening injuries.

No other information was immediately provided, including whether detectives have a suspect description and what was taken from the victim.