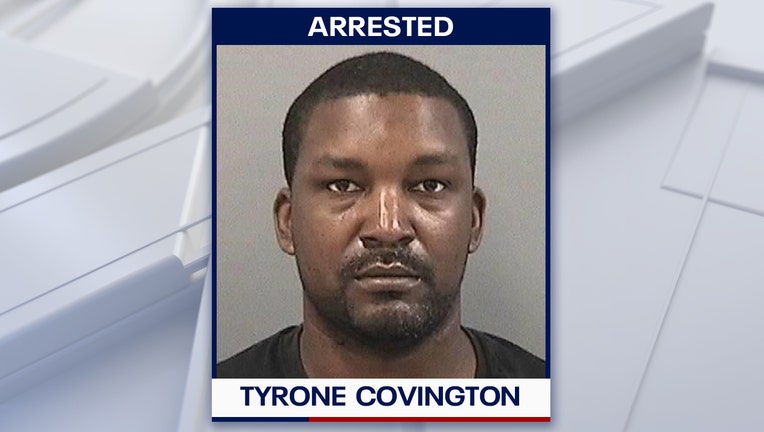 The Hillsborough County Sheriff's Office said the boy's mother called 911 on Oct. 22, 2020, saying her child was struggling to breathe and was unresponsive.

The little boy was rushed to Brandon Hospital, then airlifted to John's Hopkins All Children's Hospital.

Investigators said doctors discovered large areas of contusions, welts, scarring and lacerations on the boy's lower back and rear area.

The 8-year-old died in the hospital a day later.

During interviews, detectives said they learned the mother's boyfriend, 40-year-old Tyrone Covington, had abused the boy with a belt.

After autopsy results concluded the child's death was a homicide due to blunt trauma, the sheriff's office issued a warrant for Covington's arrest.

"This was not merely a form of punishment. The excessive beating this child endured ultimately led to his death," Sheriff Chad Chronister said in a statement. "Our hearts ache as we investigate this horrific case of child abuse. While no punishment will ever bring this young child back, we hope a first-degree murder charge keeps this man where he deserves to be: Jail."

Covington is charged with first-degree murder and aggravated child abuse.