Dozens of vessels, from kayaks to motorboats, twinkled with Christmas lights along the Hillsborough River for the Friends of the River boat parade, now in its 20th year.

TAMPA, Fla. - The Hillsborough River lit up Sunday night as boats set sail for the 20th Annual Friends of the River boat parade.

As many as 200 boats were decked out in Christmas lights for this year's parade. It's an event organizers say continues to grow year after year.

"It's just wonderful to see all the families come out. We have everything from canoes and kayaks all the way up to motorboats decorated for the holiday season," Tampa Mayor Jane Castor said.

The event is meant to celebrate the life restored back to the river and raise awareness about the importance of keeping it clean. 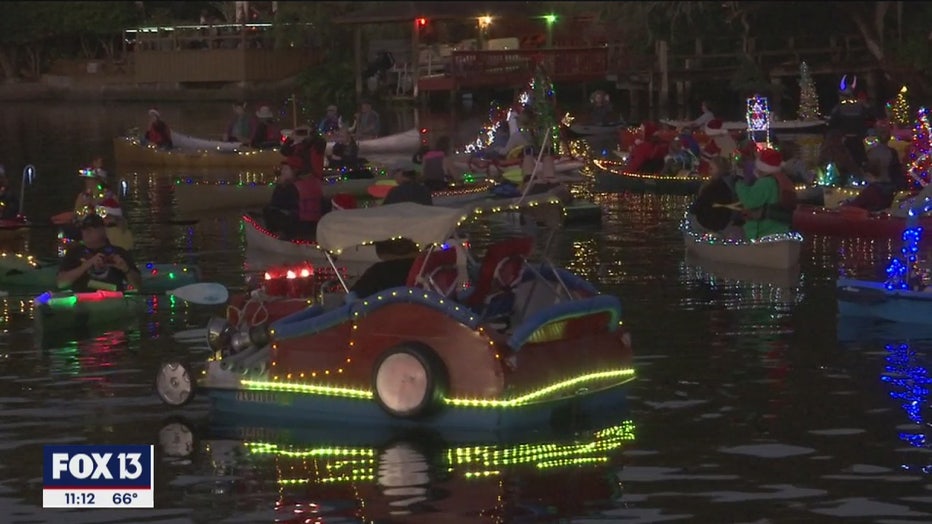 Kent Bailey with the Tampa Bay Sierra Club says the river is one of the area's most vital resources.

"It provides all kinds of recreational opportunities. It knits our community together. It's a major draw when new residents and businesses are considering to move to Tampa," Bailey said.

The parade is put on by the Friends of the River, a group made up of residents who live along the Hillsborough River.

The organization started the parade exactly 20 years ago. This year, they attracted more entries than ever before.

"It's just a wonderful event that everyone can be involved in and it can bring them in touch with the environment and they get to enjoy the wonderful wonderful asset that is our river," Bailey said.

As many as 200 boats participated in this year's event.