"It's a major concern. We are exploding at the South County perspective," Davis said. "I think this is a beautiful problem to have from a community perspective, where individuals are trying to transition to Hillsborough County."

That, however, doesn't make the problem easier to solve.

The district currently owns property in southern Hillsborough County, but district representatives told commissioners none of that land is sufficient enough to build any of the necessary facilities. The property earmarked for a new high school, for example, simply isn't big enough.

Further complicating matters: Davis said there isn't a single piece of land owned by the district with the necessary transportation infrastructure.

"It looks like we're in a world of hurt," said Commissioner Pat Kemp. "We need places for kids to go to school. We need safe places for them to walk to school and infrastructure around it."

Davis asked commissioners to help form a task force of community leaders to address these issues as soon as possible.

"I think that everyone at the table has to be able to problem-solve, decision-make and really work in concert to be able to discuss what we can and cannot accomplish related to our capacities at our schools," Davis said. "I think we'll be able to move forward in a more efficient manner." 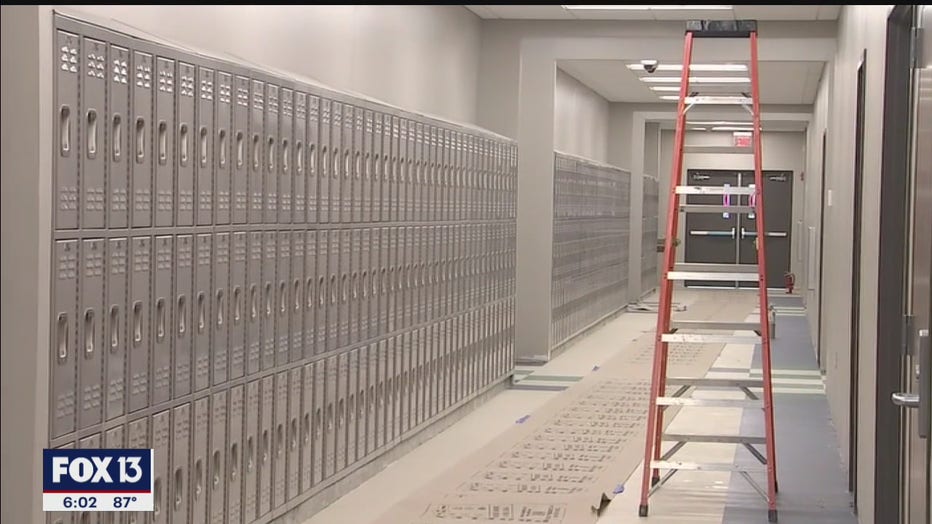 Commissioners worried there isn't an immediate answer to these issues.

"If you're talking about a committee getting together to talk about asking us for transportation dollars, we don't have it," Commissioner Sandy Murman told Davis. "If the committee is being put together because you're going to demand infrastructure dollars for transportation, I think you seriously need to look at the situation we're in here in Hillsborough County going forward."

"We have to have a better partnership with the school board for assuring, as we already have, to develop beyond the capacity of your five-year plan," added Commissioner Kimberly Overman.

The school district recently opened its newest school in southern Hillsborough County. Sumner High School holds 3,000 students and is relieving overcrowding at East Bay and Lennard High Schools, which resulted from the ongoing population explosion in the area.

According to a 2019 estimate from the Tampa Bay Economic Development Council, the county is expected to add more than 120,000 residents between 2019 and 2024, many in the South County area.