LITHIA, Fla. - Homeowners fear a challenge circulating on TikTok has made its way to their neighborhood, and it’s a different take on the ding-dong-ditch.

Residents who live in the FishHawk community say shortly before 4 a.m. Wednesday several people who appeared to be teens kicked and knocked on their doors loudly and ran off.

They believe it’s part of a TikTok challenge that encourages people to bang on someone’s door with their hands or feet and then run off. The goal is to avoid getting caught but several neighbors in FishHawk say it was all captured on camera.

"So I looked at my camera and I saw a bunch of commotion for about 8 to 10 minutes. And then the boy ran up," Amy McLane said. "He pounded on the glass like, I actually thought the glass was broken. And he gave it like a good, good, good pound. And then they ran off, and then you could hear the car speeding off." 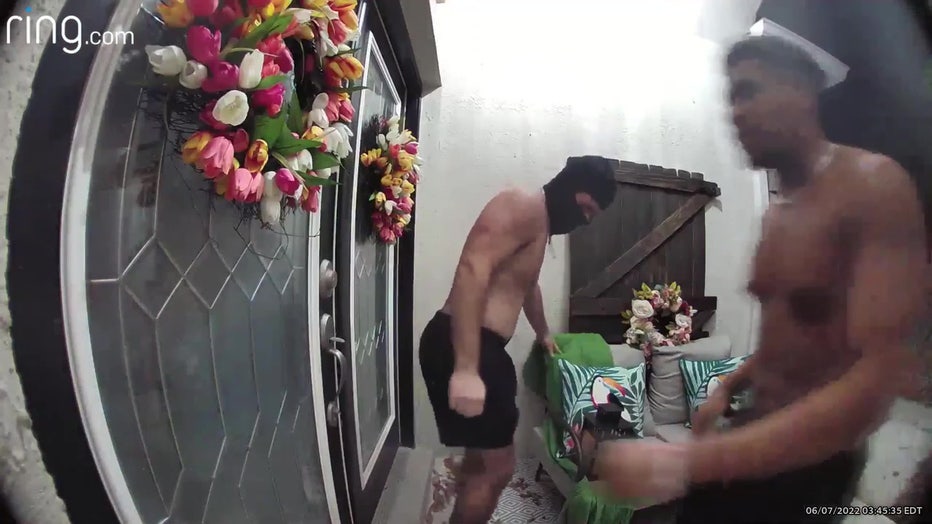 Several other neighbors said the same thing happened to them all minutes apart. One resident shared video with FOX13 showing two people kicking his door and then knocking things over on the porch.

They say this could be a potentially dangerous trend.

"You know, these kids, I don't think they think of consequences, really. And especially in this state where you have the Stand Your Ground," McLane said. "I mean, if somebody feels that they're in danger, if they feel they're being threatened, you just you don't know what's going to happen."

One neighbor said he plans to file a police report.

The Hillsborough County Sheriff's Office says it encourages anyone who is concerned for their safety or possible criminal activity in their neighborhood to call the non-emergency line at 813-247-8200 or 911 in the event of an emergency.