ZEPHYRHILLS, Fla. - A Zephyrhills woman says three intruders tried to slaughter her horses for their meat over the weekend.

Brena Kramer showed FOX 13 News a few of the injuries sustained by her horses, including cuts near their eyes and rope burns near their mouths. She says she found one horse with a rope still tied around its neck.

Kramer says she's not surprised, but she wants to warn other horse owners in the area.

“It is common down south, it’s something most horse owners know about, especially in Florida,” Kramer said. “They will bleed them out and start butchering while the horse is bleeding.”

Kramer believes her two rottweilers scared away whoever may have been on her property.

Deputies in Pasco County called it a suspicious incident and said they're looking into it.

Horse owners are being asked to stay vigilant and report any unusual activity. 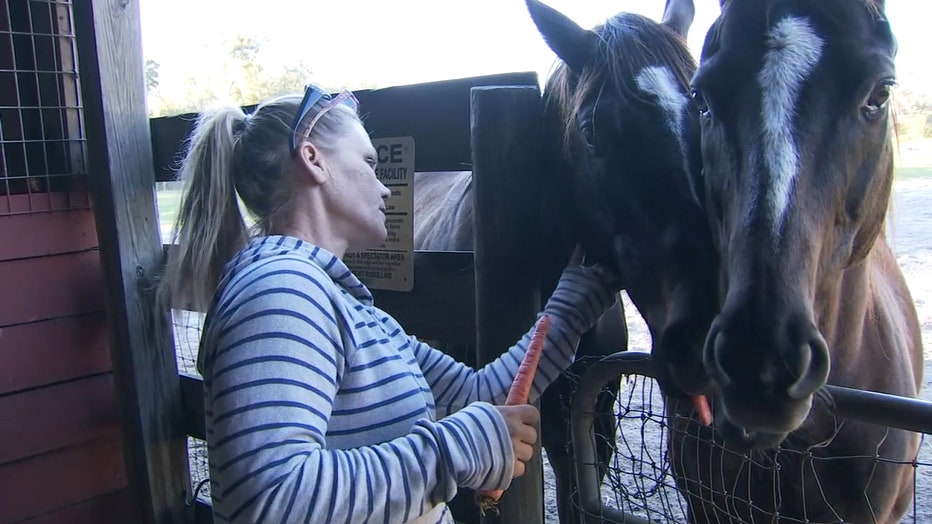