"With the helicopters, we don't want to go as far offshore with those, but what we can do is get a little bit closer to the water, so in the case of a fish kill, we can get a little bit closer and we can even sometimes get a sense of which fish might be involved, what the size of those fish are," said Dr. Kate Hubbard, a research scientist for the FWC.

Dr. Hubbard says the FWC uses satellite imagery and airplanes.  The airplanes survey the conditions in the water between a three, six, and 12-mile radius from the shore.

"That gives us good insight into bloom conditions, but we're also able to spot fish kills and then we can relay that information back to some of the groups that are involved with cleaning those fish kills up," Dr. Hubbard said.

Dozens and dozens of birds have been rescued during the recent red tide outbreak in Tampa Bay and along the gulf.

Researchers are using that data and wind conditions to forecast where red tide will go within about a three-day period.

"We're using our monitoring tools to keep a close eye on that and with the current shifting around, it's a dynamic event, so day-to-day we're watching it move around and trying to track those impacts as closely as we can," said Dr. Hubbard.

Crews are also taking water samples from the shoreline and from boats. The FWC says it’s too hard to tell how long the toxic algae blooms will be sticking around. 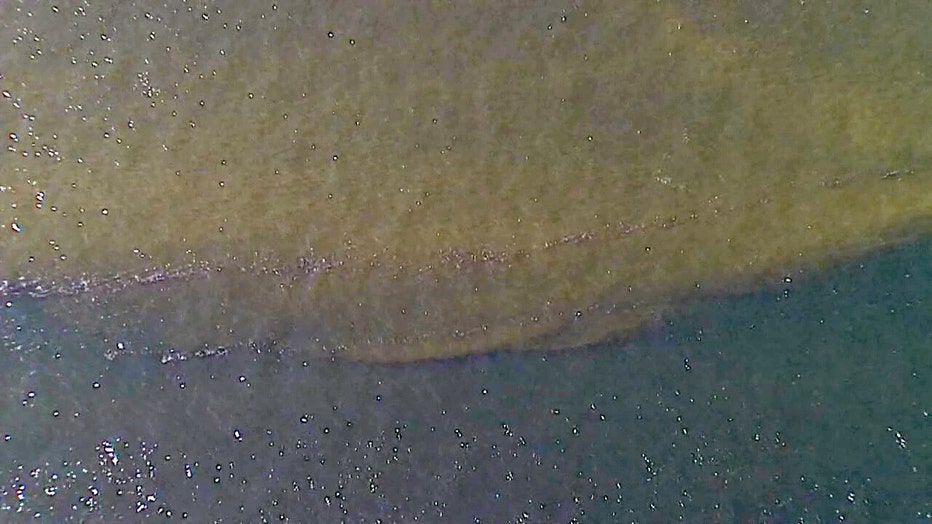