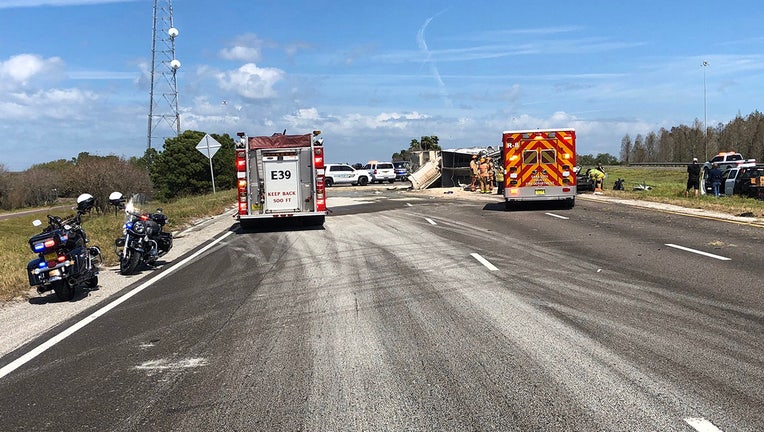 According to the Sarasota County Sheriff’s Office, the scene of the crash was along I-75 at the Fruitville Road exit. The Florida Highway Patrol said one of the vehicles involved was a concrete mixer truck, and the crash spewed "a large quantity" of concrete mix across the highway.

Two people were taken from the scene as trauma alerts, deputies added.