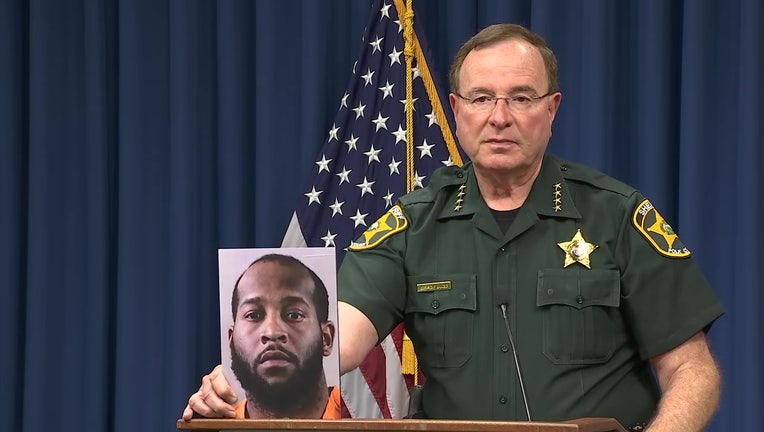 WINTER HAVEN, Fla. - Polk County deputies have arrested Justin Jackson, 28, and are searching for three other suspects accused of breaking into a Polk County home and holding two adults and five children inside at gunpoint.

One of the victims, according to Sheriff Grady Judd, overheard a suspect on the phone saying, "I think we’ve got the wrong house."

Judd added, "There’s no drugs there. There’s no money there. The victims have no criminal record. These ding-a-lings got the wrong house to do a home invasion robbery."

Before leaving in a 2020 Nissan Sentra, the men stole a video game from the home.

"I guess they figured, ‘Hey, we’re here, we might as well steal something’. We’ve broken into these innocent people’s house. We’ve cracked one guy in the head with a gun. We’ll go ahead and steal something," Judd said.

Deputies say Jackson was the getaway driver and went into the home during the armed robbery.

Sheriff Judd says that Jackson has been arrested, but he isn’t talking and hasn’t told deputies who was with him during the home invasion.

"You want to keep your mouth shut, you’re going to go to prison for a very long time," Judd said.

Polk County deputies are searching for three additional suspects who are described as Black men between 5’9" and 6’ tall.

Anyone with any information is asked to call Crimestoppers at 1-800-226-8477. Judd says there is a cash reward for information leading to an arrest.