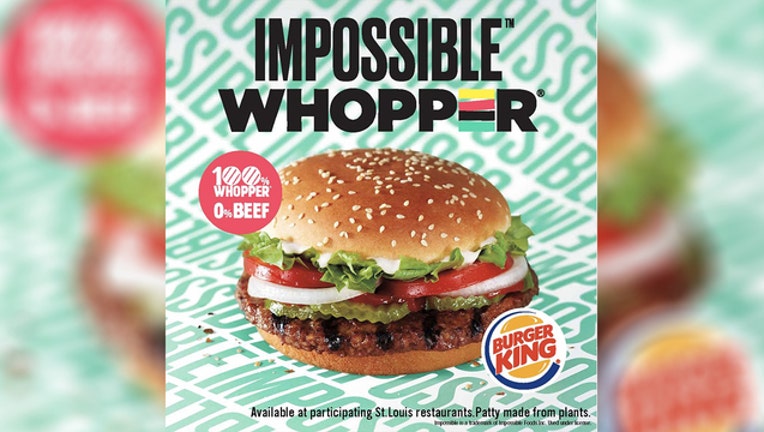 From next Thursday until September, Burger King will offer delivery and mobile customers two sandwiches - an original Whopper and an Impossible Whopper - for $7 so they can compare them.

The rollout to 7,000 U.S. locations will be for a limited time, a typical practice in the fast food industry for new products. The chain won't say how many of the soy-based burgers it's sold since first introducing them in April, but did say it's enticing more people to enter its stores.

Burger King had been selling the Impossible Whopper in St. Louis, San Francisco, Las Vegas, Baltimore, Miami, Montgomery, Alabama, and Columbus, Georgia, before expanding sales to all of its stores.

Impossible Foods, which makes the burgers for Burger King, White Castle and other chains, has been struggling to meet surging demand. The Redwood City, California, company recently doubled the number of workers at its Oakland plant and produced a record number of burgers in June, but demand is still outpacing production.

The Impossible Whopper has a suggested retail price of $5.59, Burger King said. That's 50 cents more than a regular Whopper and the same price as a Whopper with cheese.